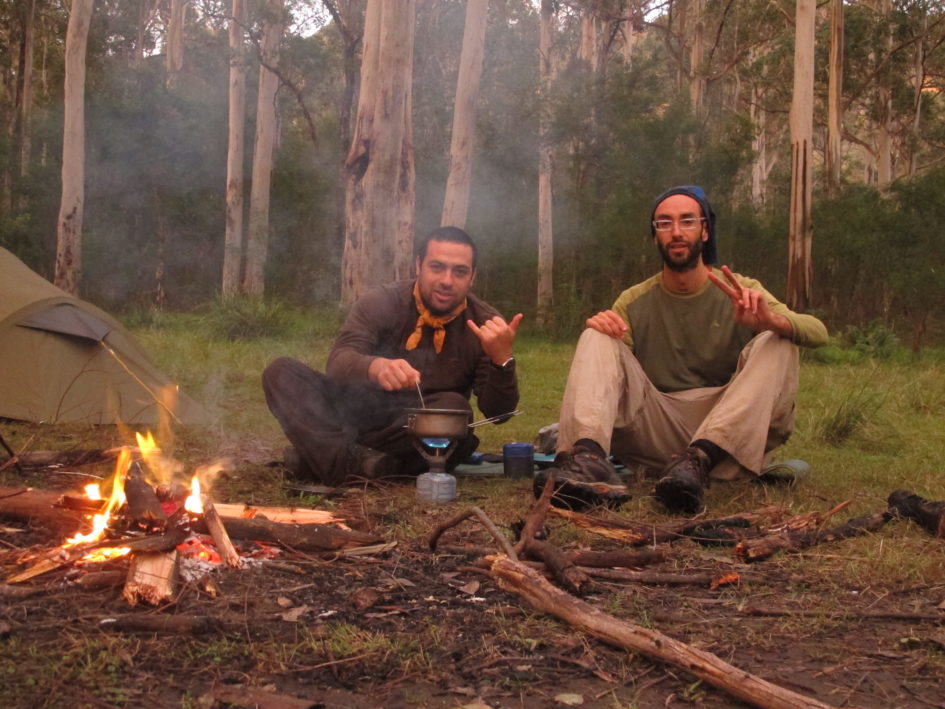 If you want to listen to music while you take a look you can click on this eMDee youtube video (www.rawdidge.com):

Sidney and the Blue Mountains

I arrived in Sydney, which looked to be an incredible city, with its skyscrapers, the boats in the bay with the opera in the background, the beach full of “surfers” of “Bondi Beach”, the Chinatown, and the fast pace with everyone with i-phones in their hands moving their fingers up and down. Here are a few photos of this dynamic city: 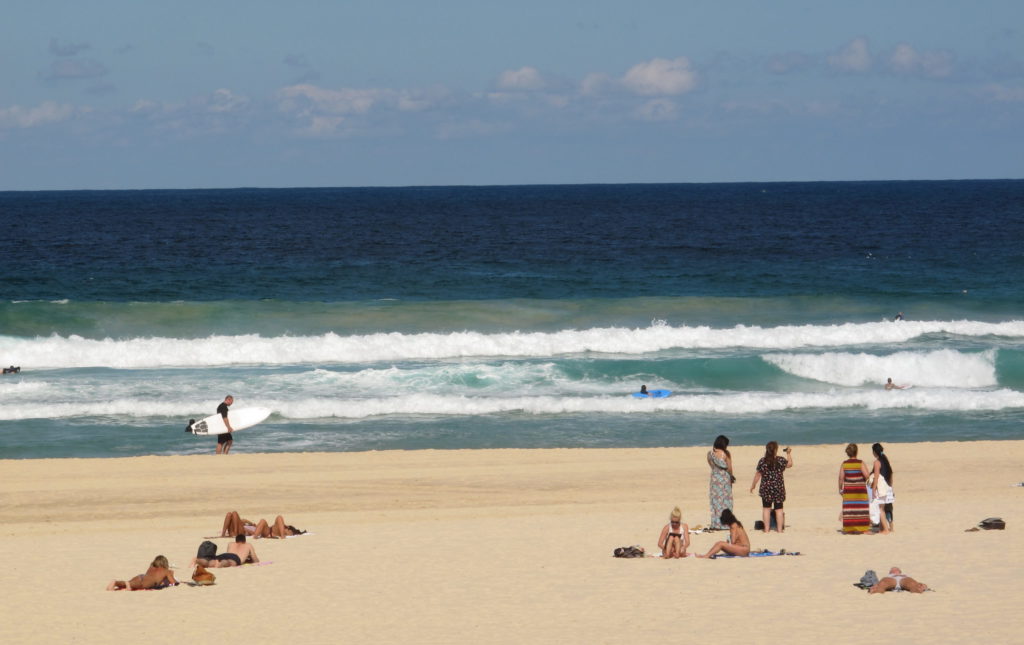 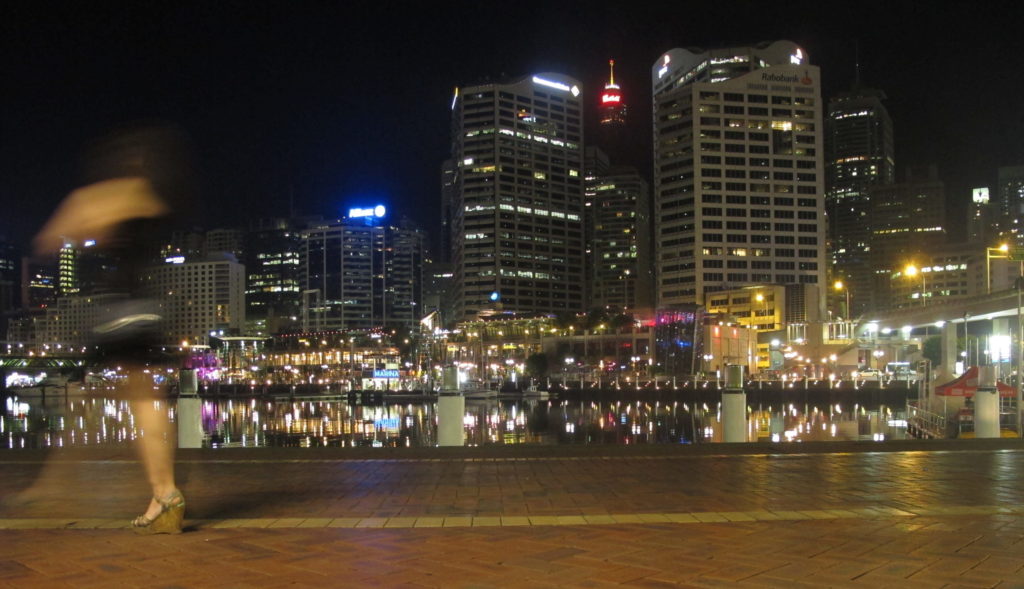 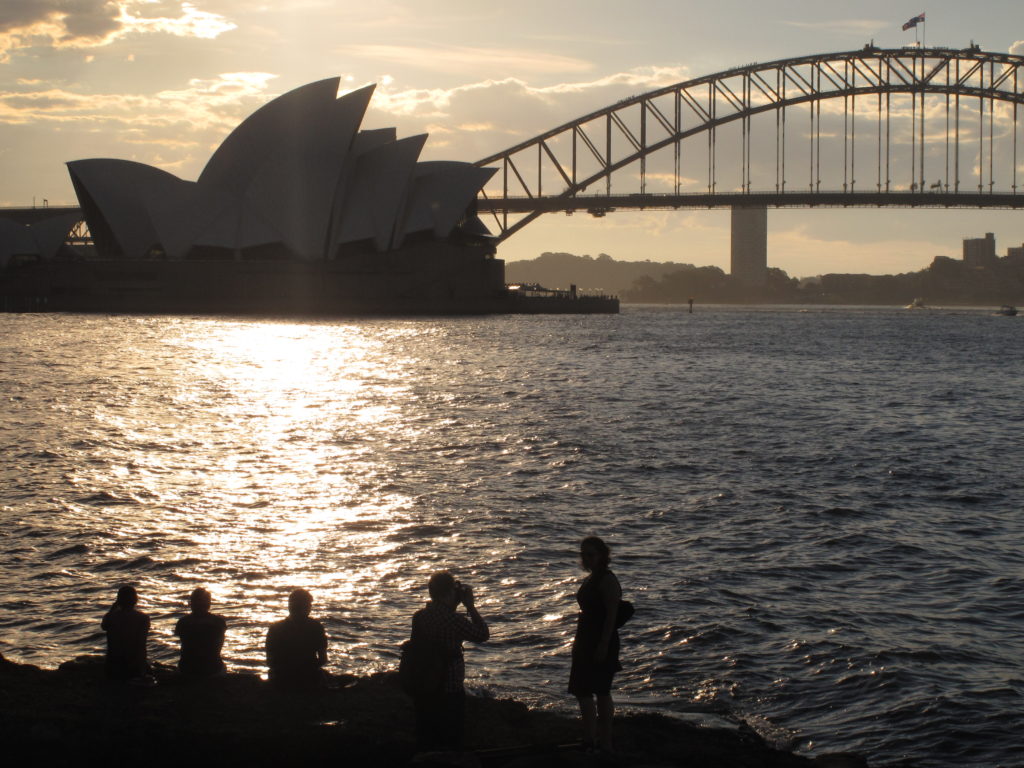 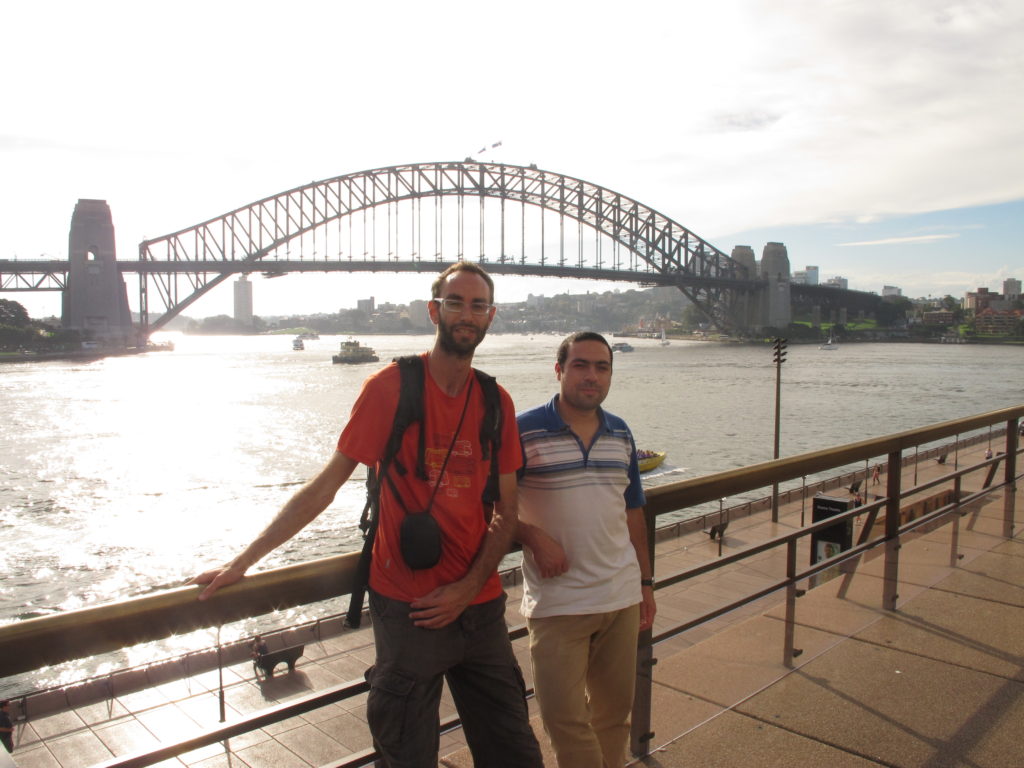 Roberto and Uri in Sydney

After seeing how Barça lost against Madrid at 4 in the morning at Cheers bar, we organized an expedition to the Blue Mountains with my “Patagonian” friend Roberto, who had just arrived in OZ (Australia) to do a “working holidays”.
We did a 3 day hike from Blackheath through the “Blue Gum forest”. Although were a bit cold sleeping in the tent, it was wonderful to walk through the canyons of the Blue Mountains (named for the color given by the volatile oils excreted by eucalyptus trees), amid waterfalls and cliffs, such as the “Govetts Leap” viewpoint.
Here you can see some photos of this hike: 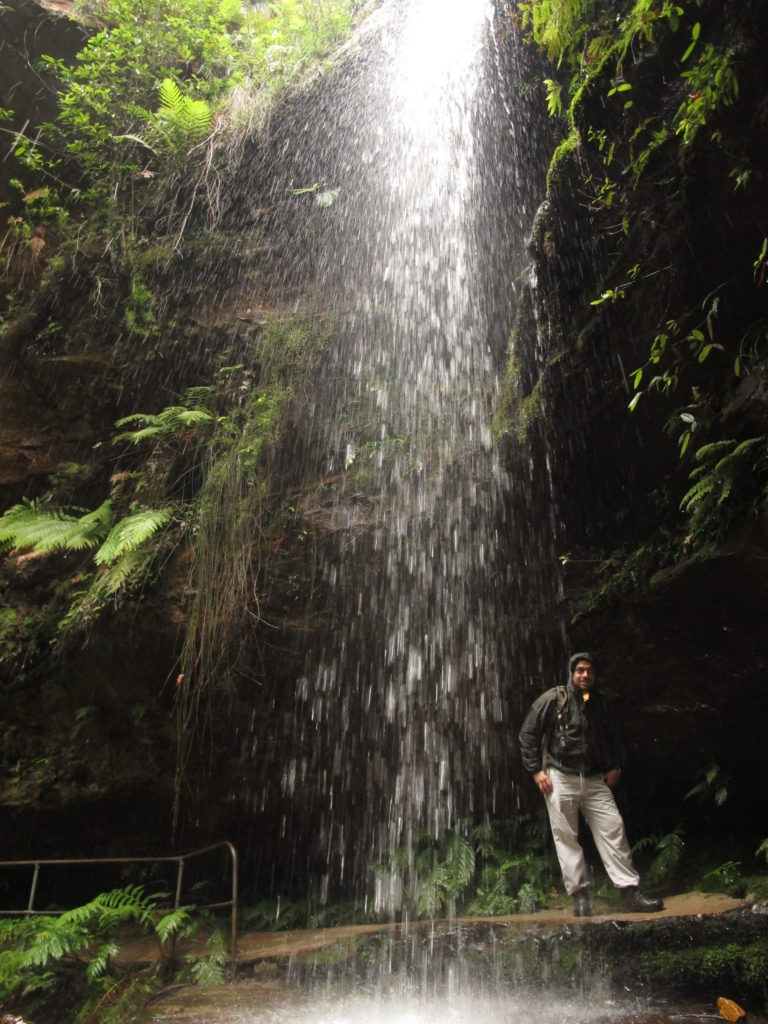 Roberto and a waterfall 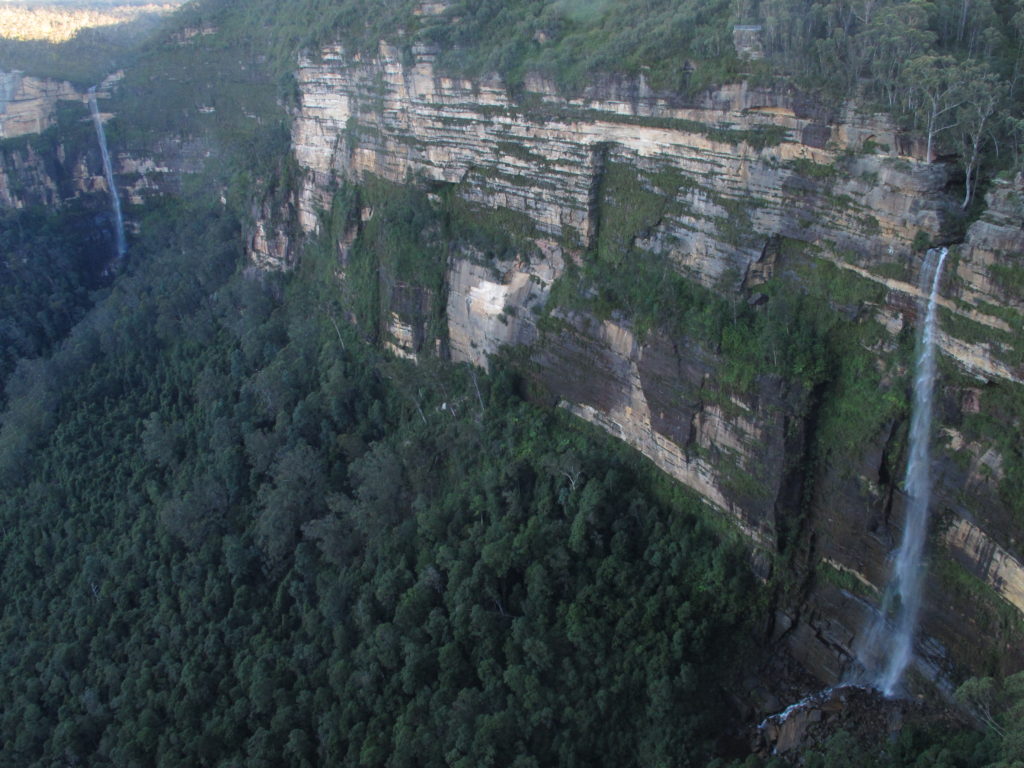 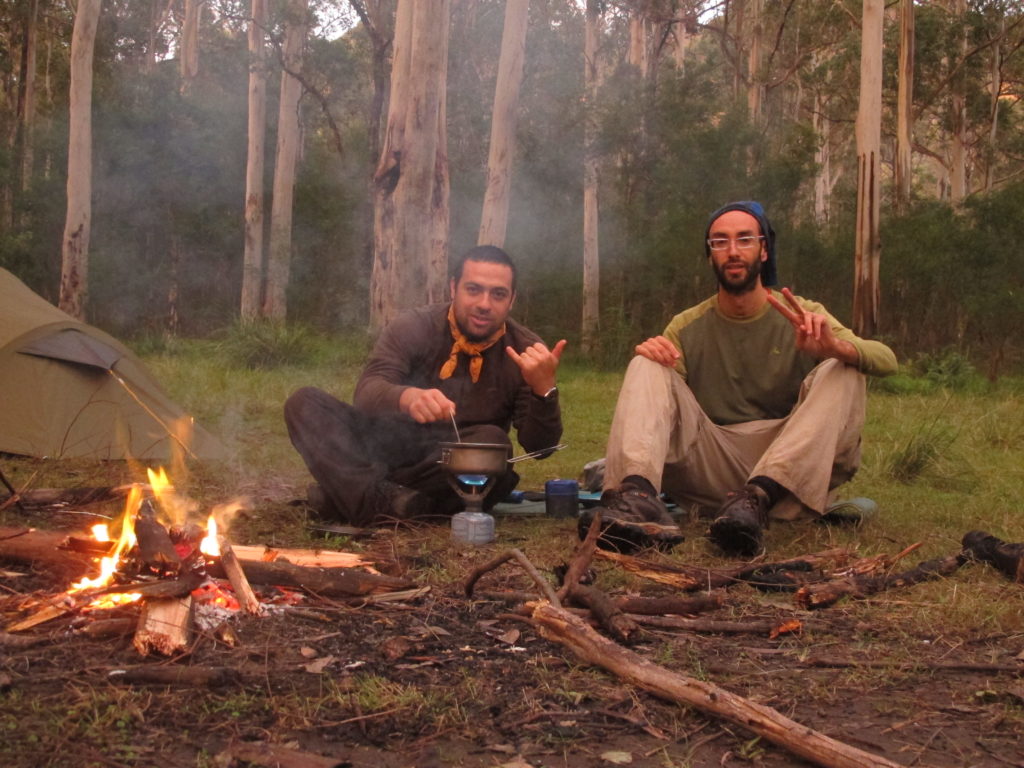 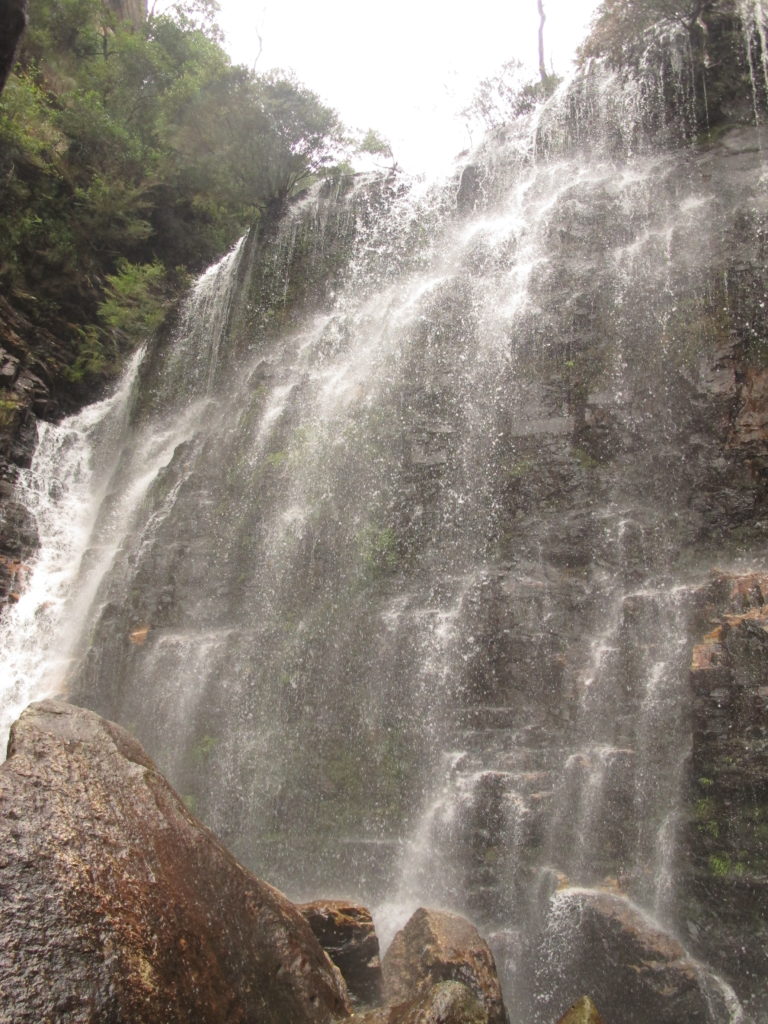 Waterfalls in the Blue Mountains 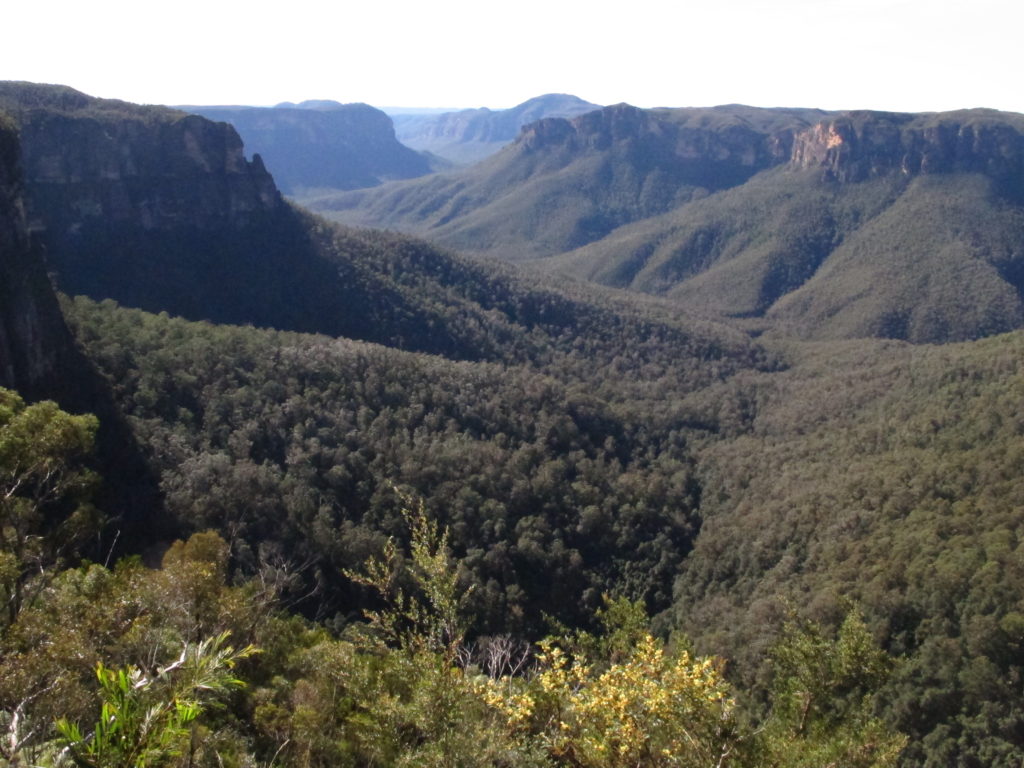 We tried to see some “Koala”, but from what we were told later, koalas do not live in the “Blue Mountains”. It turns out that of the hundreds of species of eucalyptus, the “koalas” only eat ten leaves and also live further south, in colder places.

Melbourne and the Great Ocean Road

After saying goodbye to Roberto, who was going to an interview to work on a chicken farm, I went by bus to Melbourne.

Friends and travelers had told me that Melbourne was a city with a lot of cultural life, live music, and a more European style and I had idealized it so much that I was a bit disappointed. I
found the squared streets, like a kind of Portal del Ángel (a street in Barcelona) in big size, although there are alleys with bars and neighborhoods like “Lygon street” with more charming cafés, like Italian bars full of families and friends eating cake of all colors and drinking coffee, and enjoying life, which seems to be a gift that Australians have. 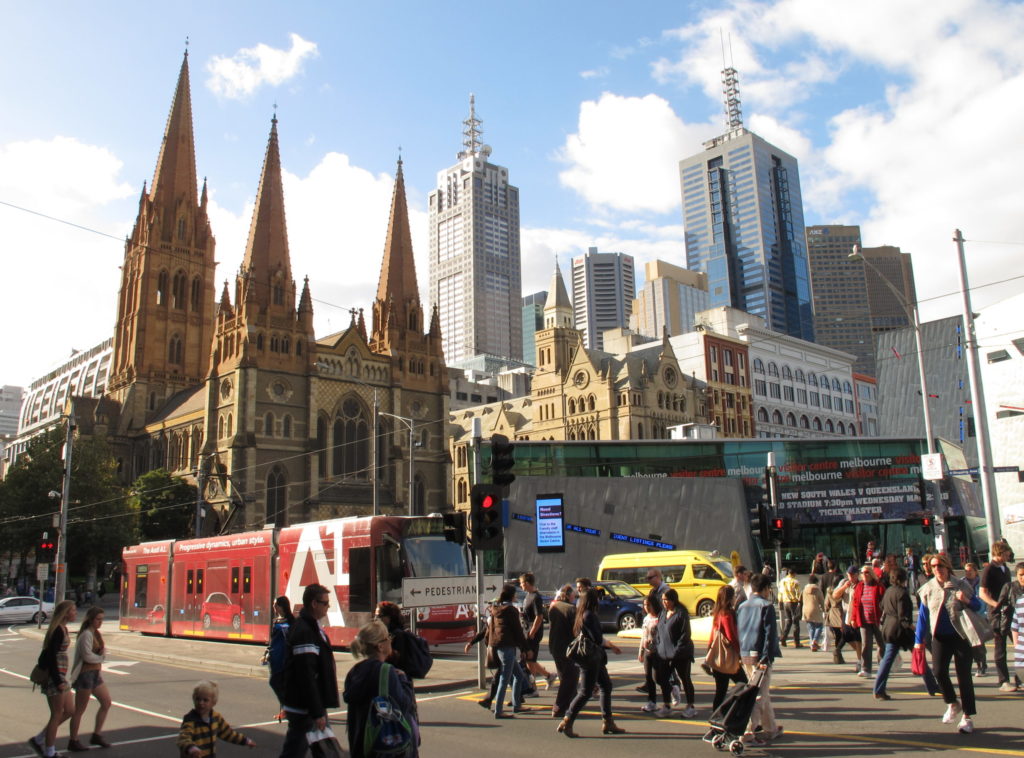 I also took the opportunity to go see animals at “Healsville Sanctuary”, an hour and a half from Melbourne. It is a zoo with native Australian animals, kangaroos, koalas, platypus (“platypus”), snakes, dingoes, wombats, parrots, eagles, everything! I did see koalas there, but most of them were sleeping, since to digest the toxins in the leaves they eat they need to sleep about 20 hours a day. 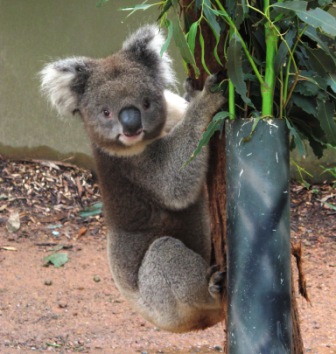 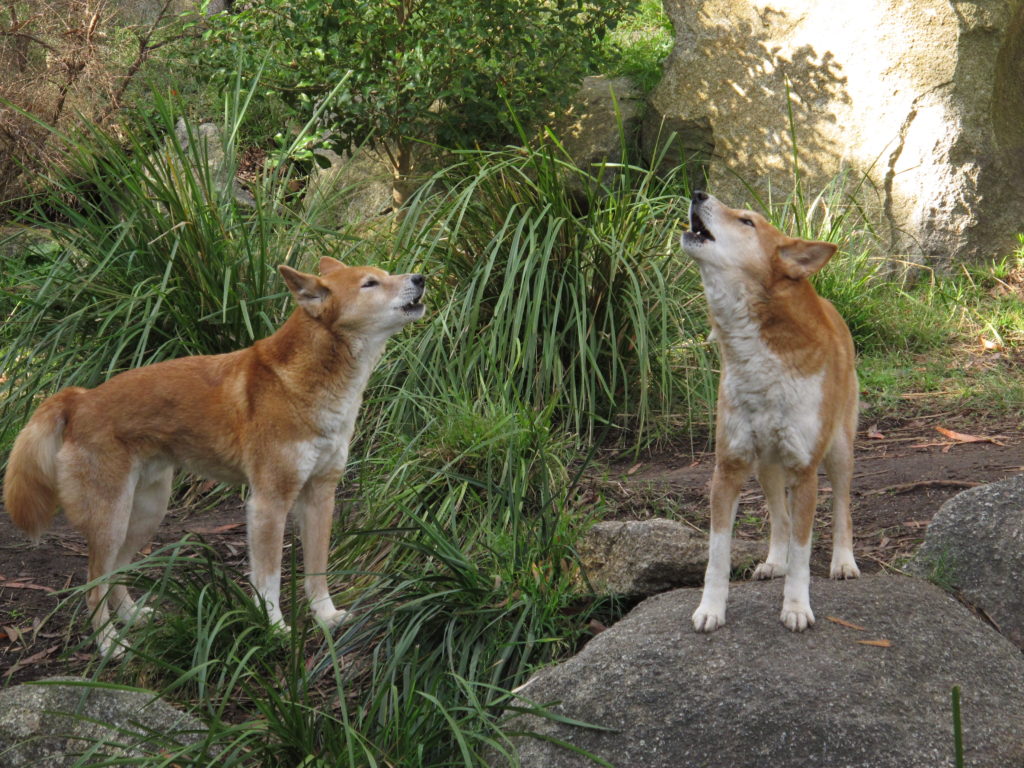 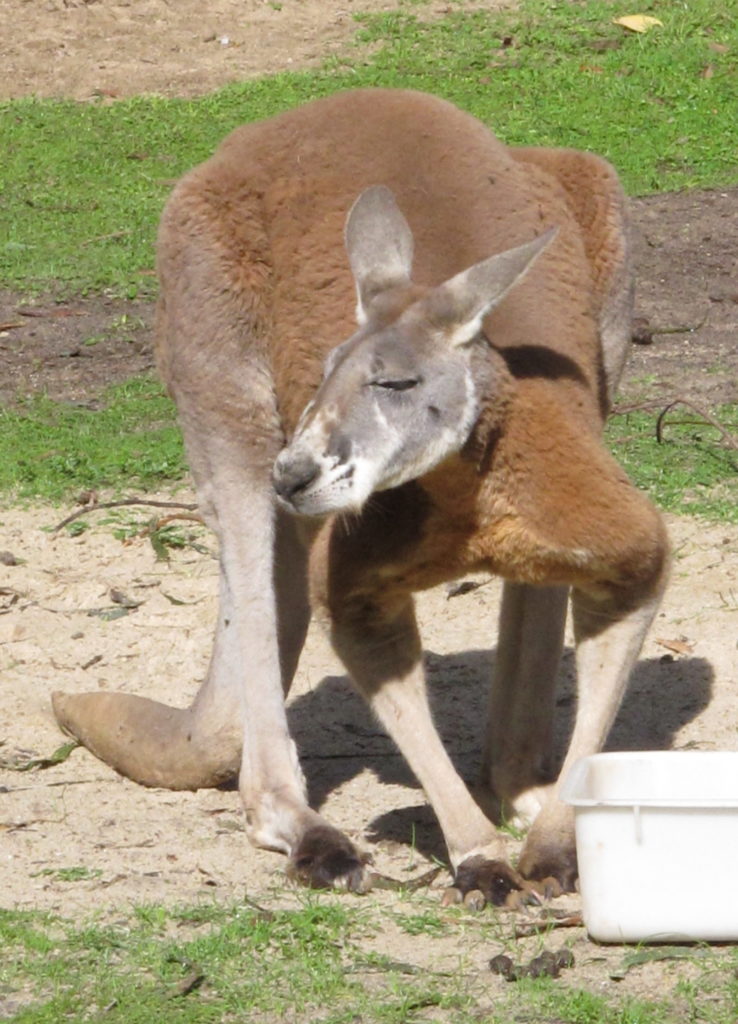 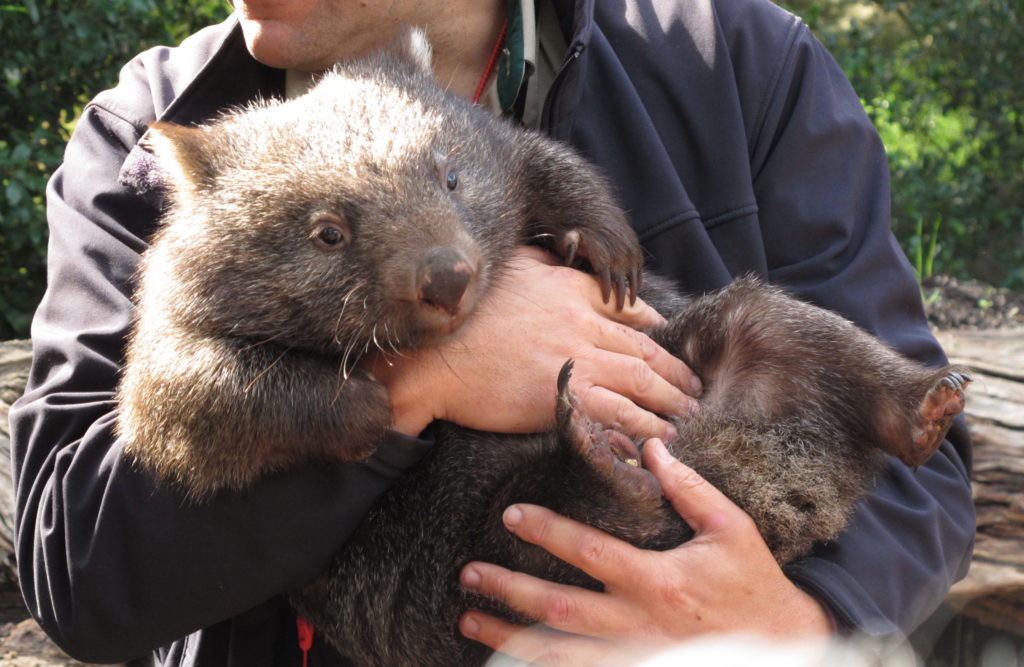 To say goodbye to the state of Victoria, I took a 3-day walking route through the “Great Ocean Walk”, a path that runs along a rugged coastline where several ships have sunk and where there are the twelve apostles, spectacular monoliths of sedimentary rock, and a great tourist attraction. 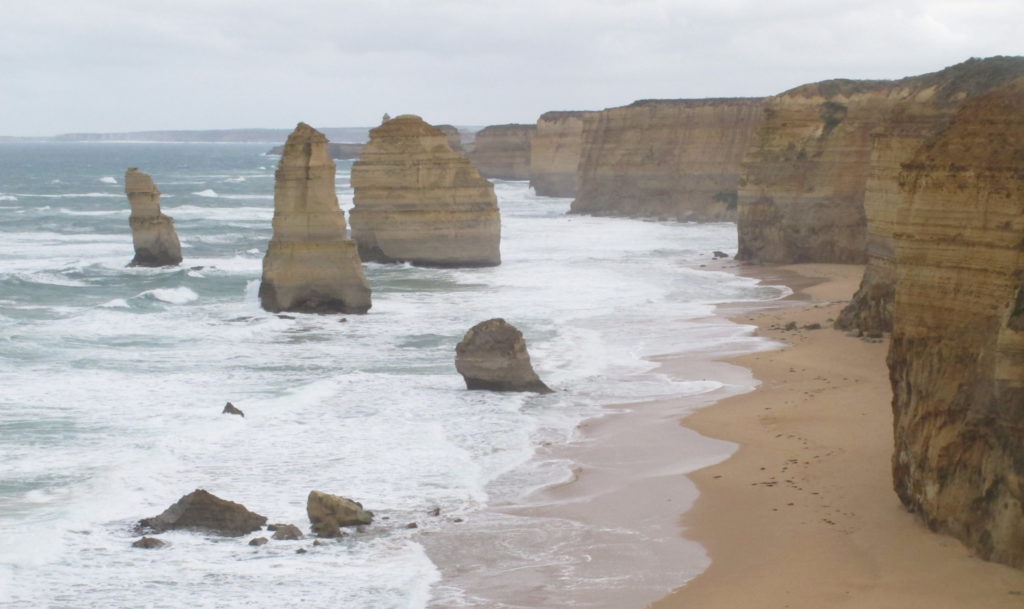 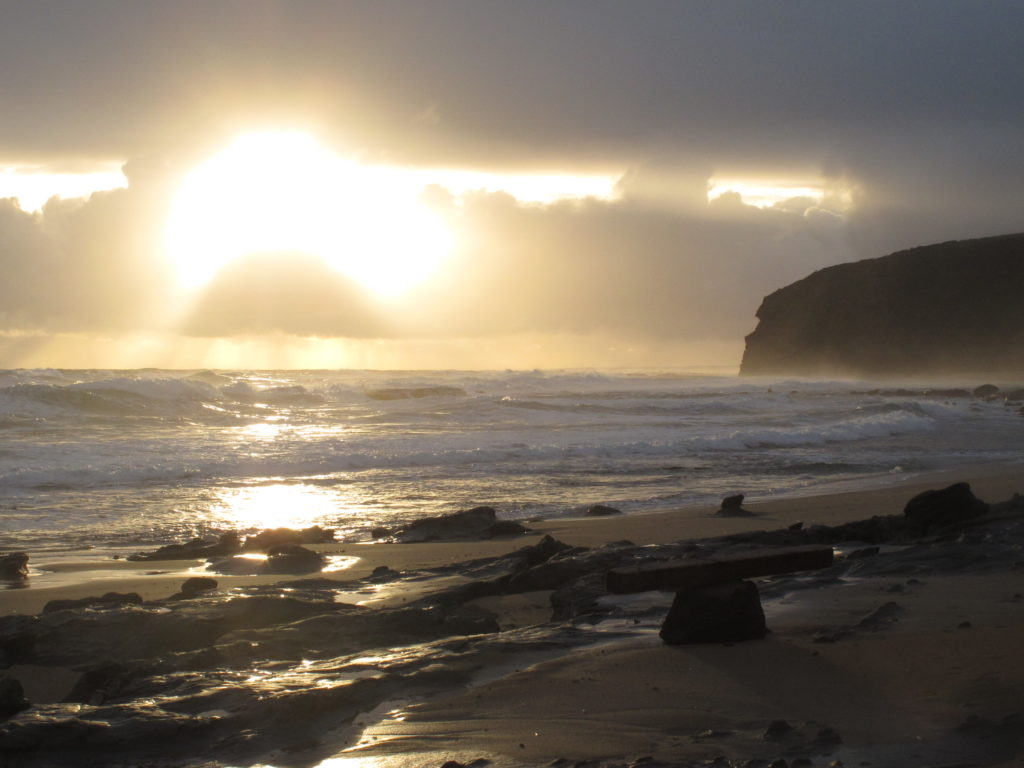 Sunset in the Great Ocean Walk 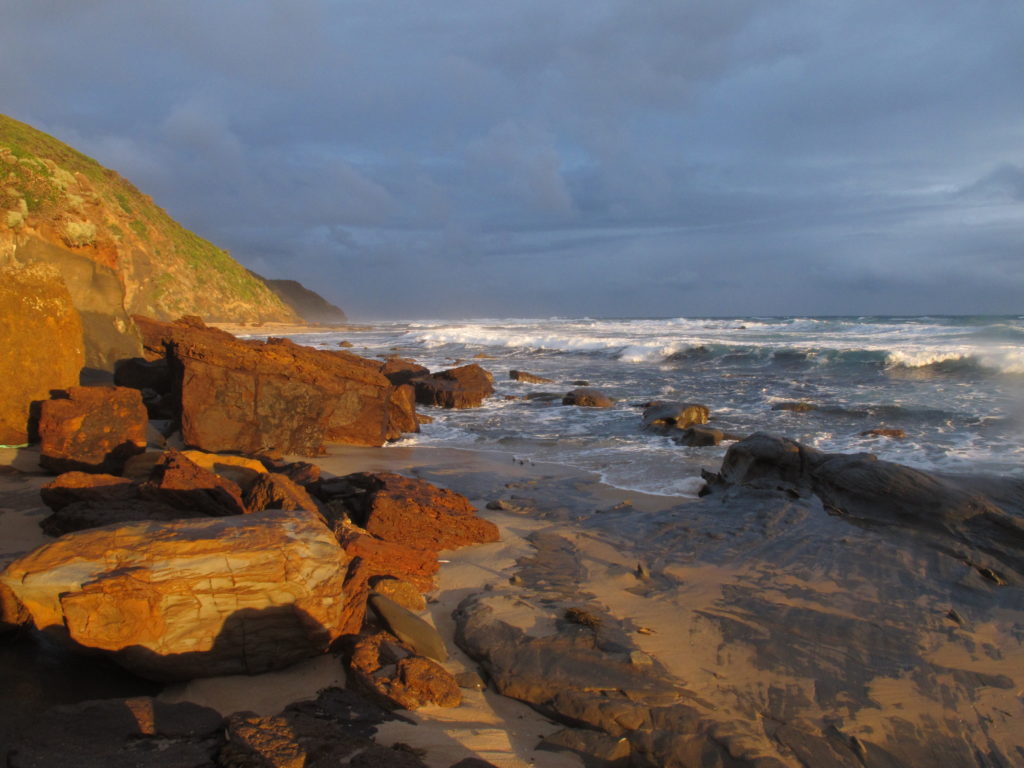 Sunset in the Great Ocean Road

Escaping from the cold, I flew to Darwin over landscapes of incredible colors, and there I met some very nice backpackers, Anneleen, Iris and Geoffrey, with whom we rented a van to visit the parks of Litchfield and Katherine, with waterfalls and places to bathe, and the fantastic Kakadu park, full of birds, crocodiles, wallabies and Aboriginal x-ray art paintings (they paint kangaroos and fish with their internal organs ans spine). 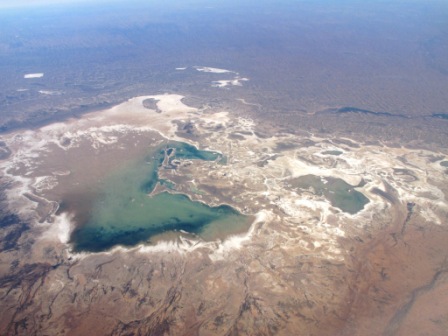 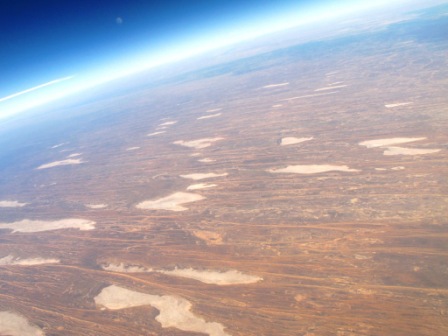 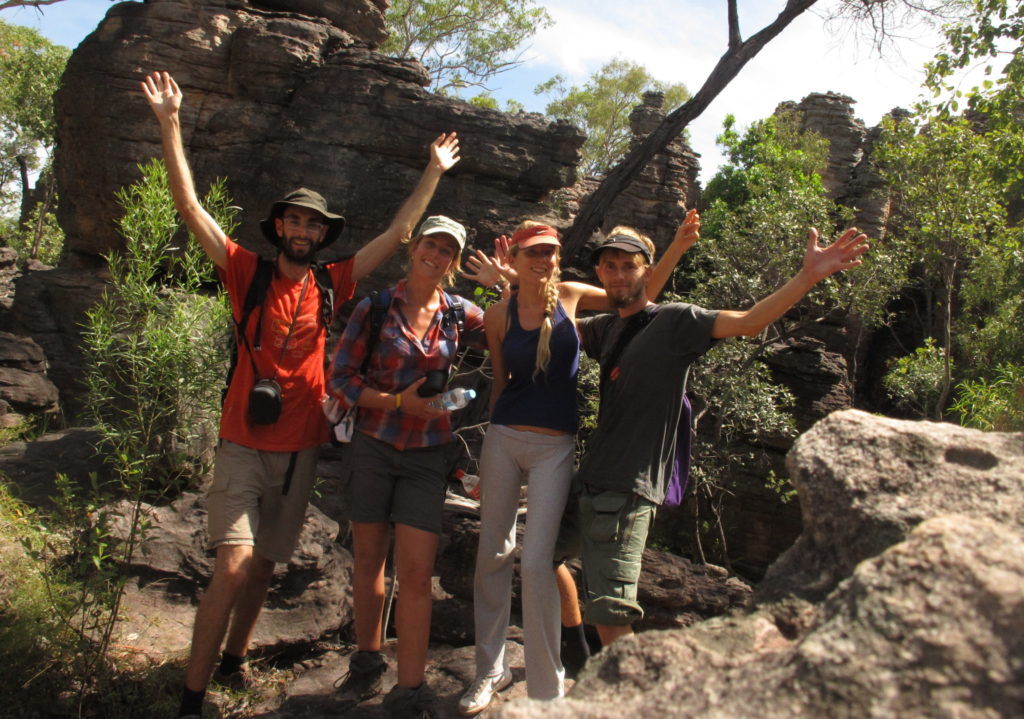 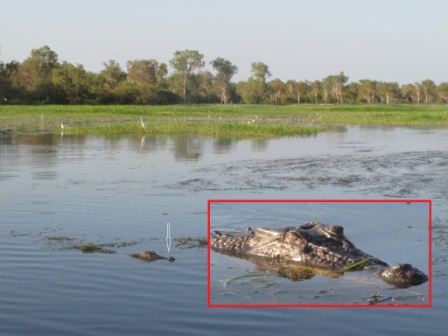 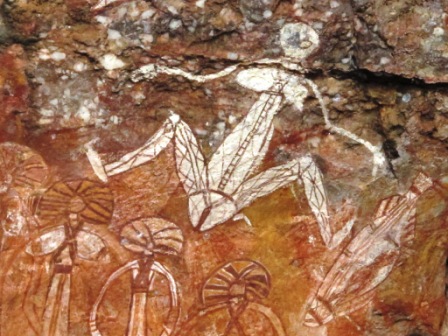 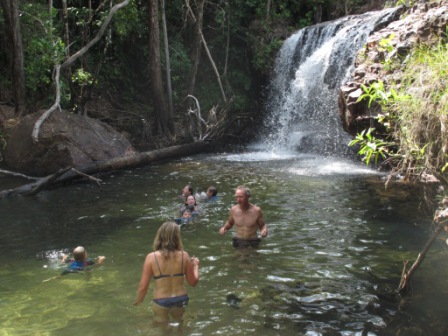 One of the things that surprised me the most is the forest burning that the aborigines do. After the wet season (January-March), they burn the under forest vegetation to regenerate the soil and stimulate growth. In this way, they also prevent bigger fires the rest of the year and in the past, they used to hunt.

The truth is that we found it a bit ugly to see all the scorched forest, but one soon gets used to the smell of smoke, and we even end up liking it. I would have liked to know more about the aborigines, but their culture is marginal, and it is sad to see how difficult it is to live with Western culture. 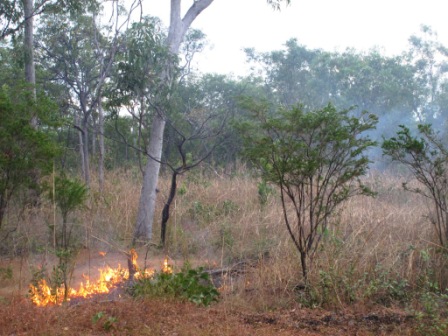 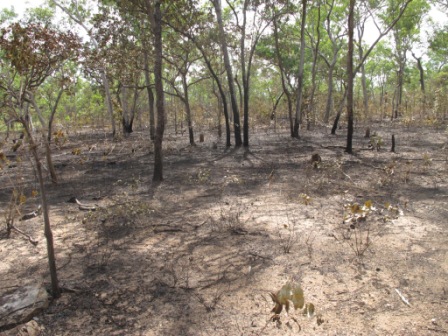 Although Australia is not my “cup of tea”, the people are very kind with their loving language (buddy, mate, dal, etc …) and all the wild animals and the bird songs and the sound of the forest give a feeling of adventure when traveling. If you have plenty of money and good company, the best thing is to rent (or buy) a four-wheel drive and make a good “road trip” through the outback .
Next stop, Bali!
Greetings,
Yep Yep Yep