“Isla del Sol” is without any doubt one of the most beautiful places I have ever seen. It is located on the Bolivian side of Lake Titicaca, 2 hours by boat from Copacabana and at 3,800 meters of altitude.

I arrive at Challapampa in the northern part of the island. It is February and it is full of Chileans and Argentines who camp on the beach. I continue following the coast to “Playa de la Sirena” (mermaid beach), an earthly paradise where Rita and Elvira have cabins on the same beach.
Half an hour on foot (there is no motorized transportation on the island) there is a rock where according to an Inca legend, the god Viracocha created the sun. Next to the rock is a sacrificial table where they performed ceremonies in which girls and llamas were sacrificed. These girls came from the “Aclla Huasi”, the chosen girls’ house that is 5 minutes away from this point and looks like a maze. From the neighbouring hill, you can see a spectacular sunset, with Peru in the north and the snow-capped peaks of the “Cordillera de La Paz” in the east. 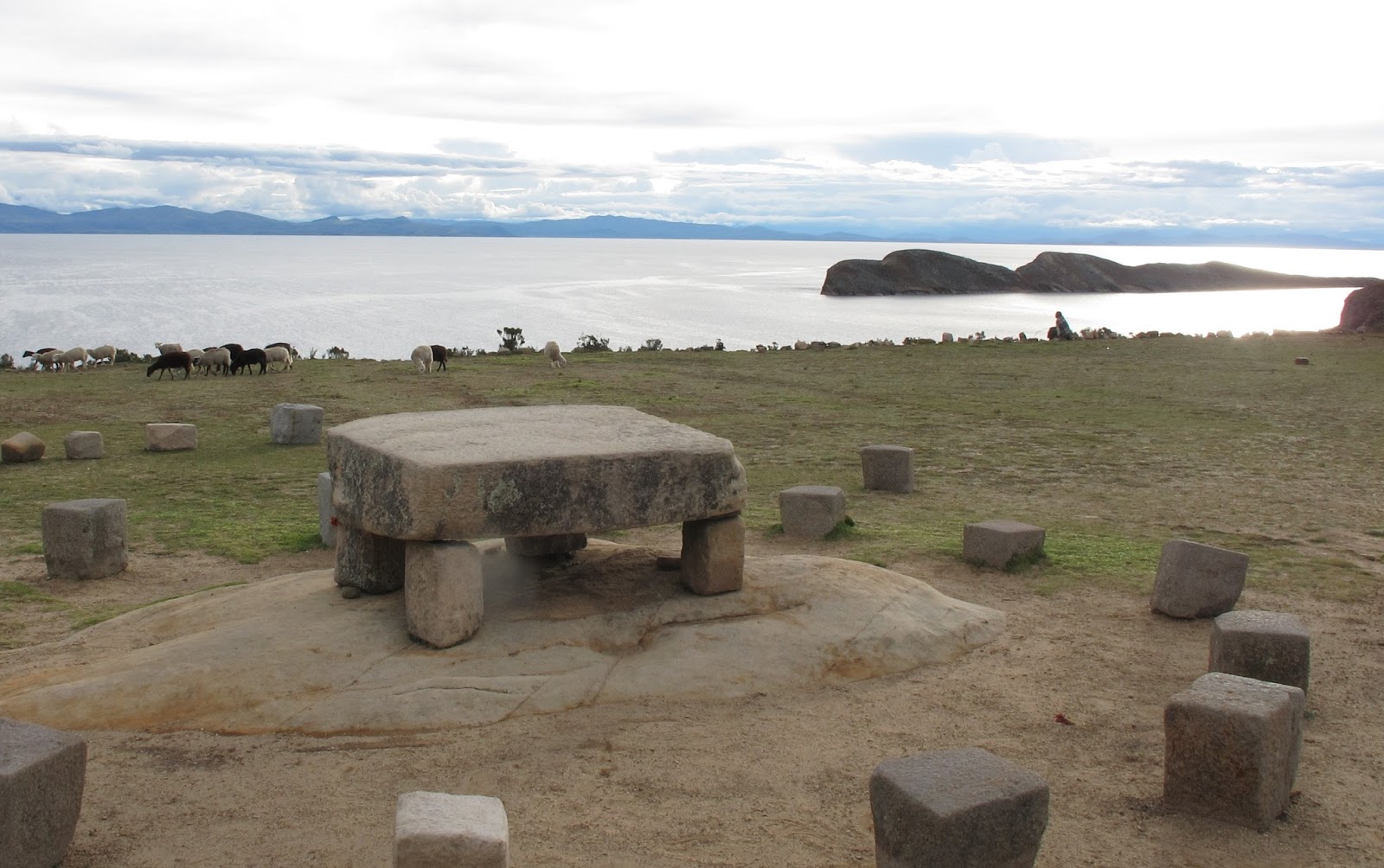 I meet few Argentinians, Matías, Leo and Sebastián, who have organized a boat trip to see a submerged city in the middle of the lake, belonging to the Tiahuanaco culture (500 BC to 7th century AD).

Along some little waves that move the whole boat, we arrive at the indicated place and the boy who carries the boat points to us a dark spot in the water and tells us: “the submerged city is down there”. “But … We can not see anything!” – we tell. He just shrugs. We take the opportunity to explore the neighboring islet, Coa, which has a conical shape, where we find remains of local ceremonies. 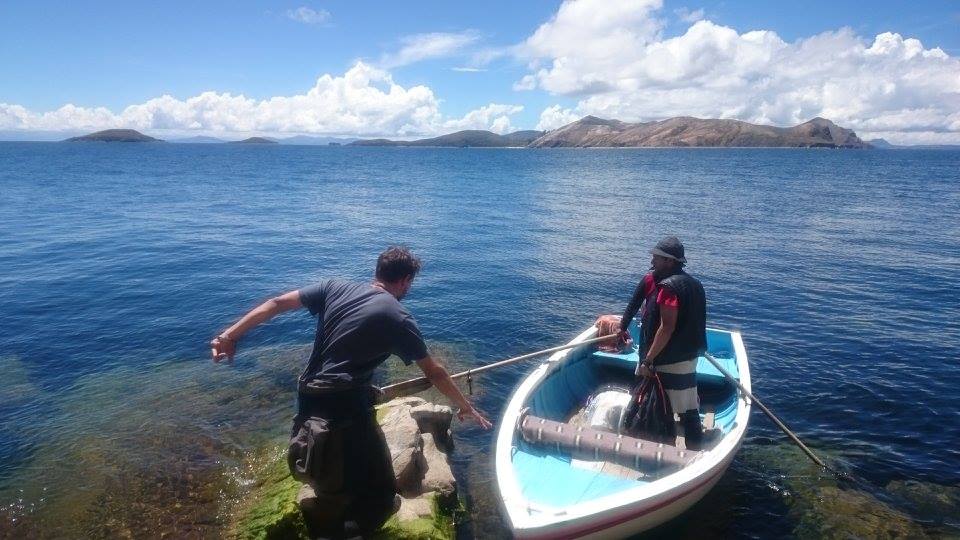 Matías in the boat ready for adventures

In the early morning and at night, Benjamin goes out with the rowboat to collect the nets where he catches different kinds of fish and some trout. Today he gives us a fish called “carahis” and also the recipe for making soup. 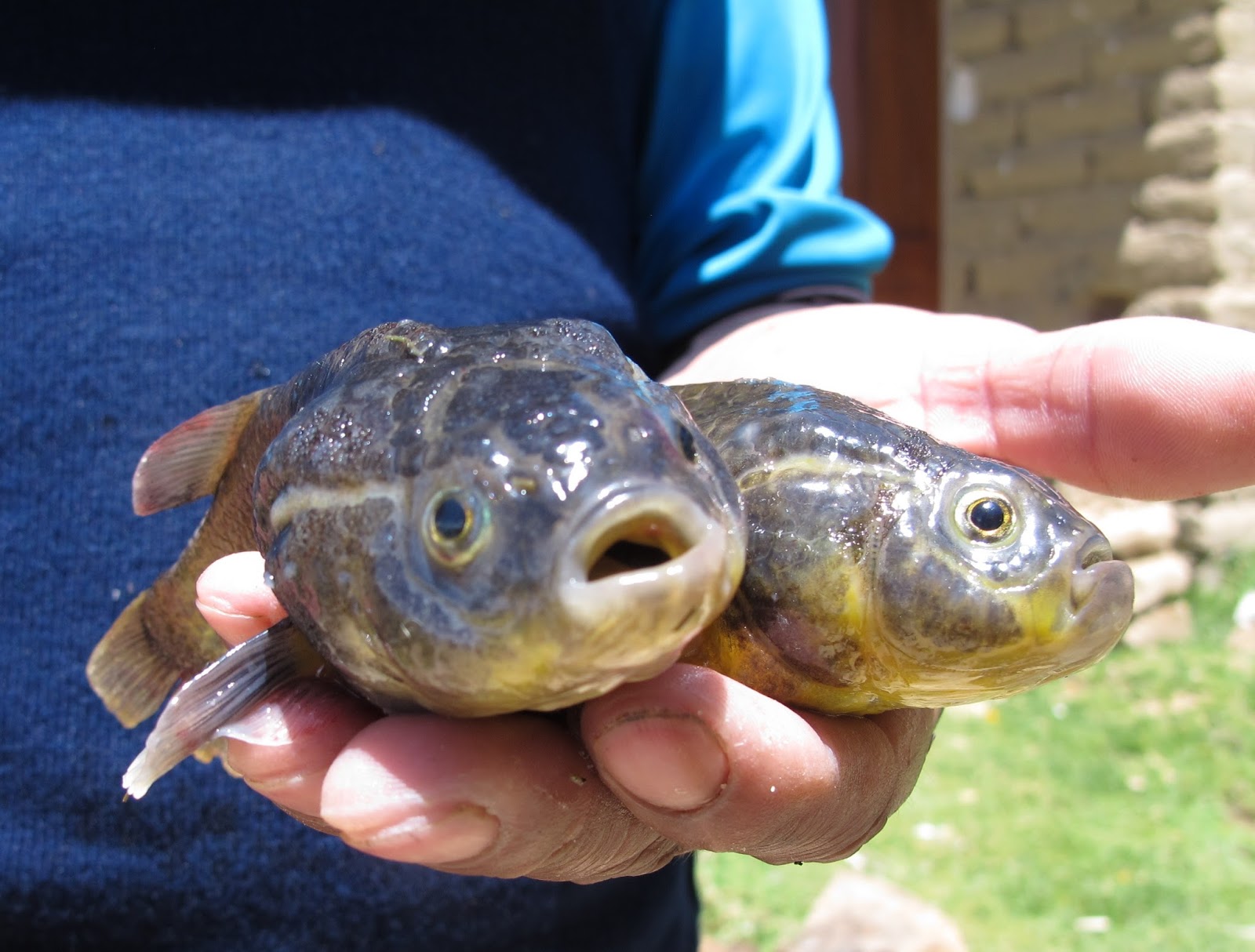 Elvira washes clothes and works the fields next to the cabins. He gives us some “papas” (potatoes) that will be very good for the soup. Although she is very busy with work, she always has time to chat for a while and tell us stories about the island. 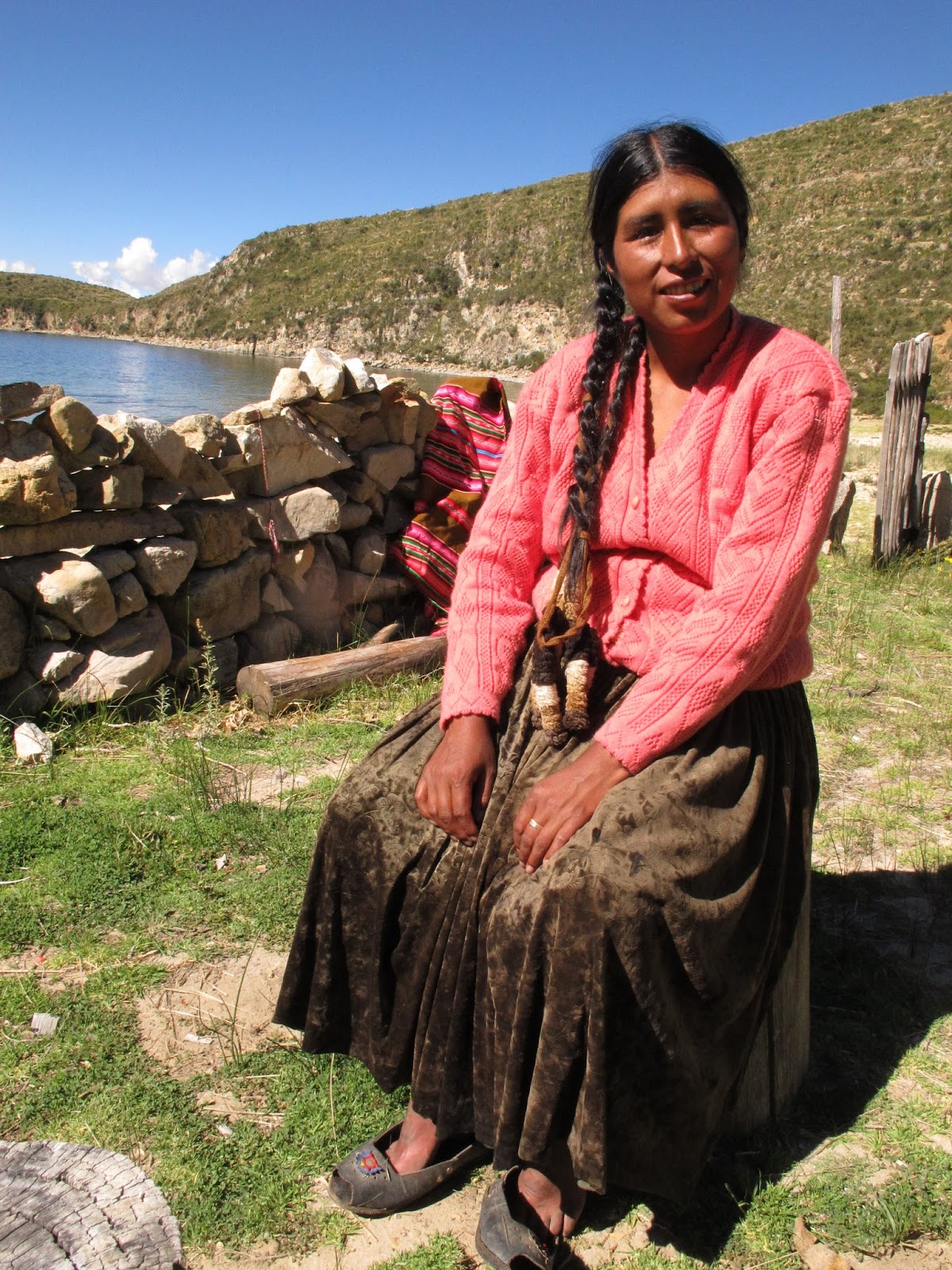 She tells us that the mermaid beach is called that because on full moon nights a mermaid comes out of the cave on one side of the beach and inspires the musicians who are waiting outside with flutes. She also explains that the first Incas, Manco Capac and Mama Ocllo, left this island to explore lands further north until they found Cusco, where the golden rod they carried sank into the ground on its own, as a sign.

Exploring the island along the coastal and mountain trails

One day I explore the island on foot. I walk to the southern part of the island following the coast, from Challapampa to Challa, where I visit a small museum that has Tiahuanaco objects that were sunk in the submerged city and from here, further south to the “Temple of the Sun”.
From the southern part of the island you can see very well the “Isla de la Luna” (moon island), smaller than that of the sun.
To go back I walk the high path that crosses the island from south to north with incredible landscapes on both sides, and some toll where Chileans and Argentines negotiate with local people to get a discount. 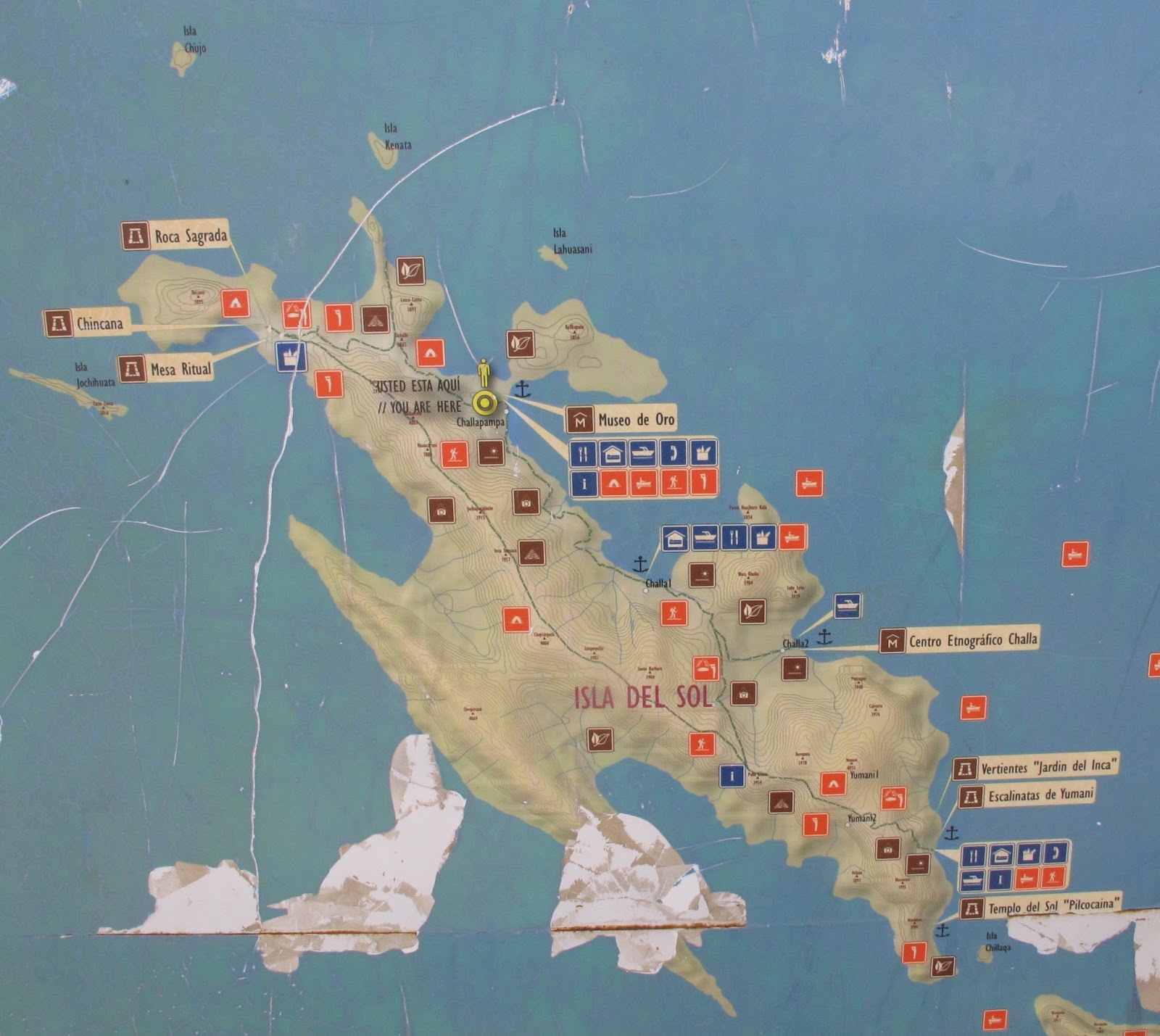 Shepherdess in the southern part of Isla del Sol 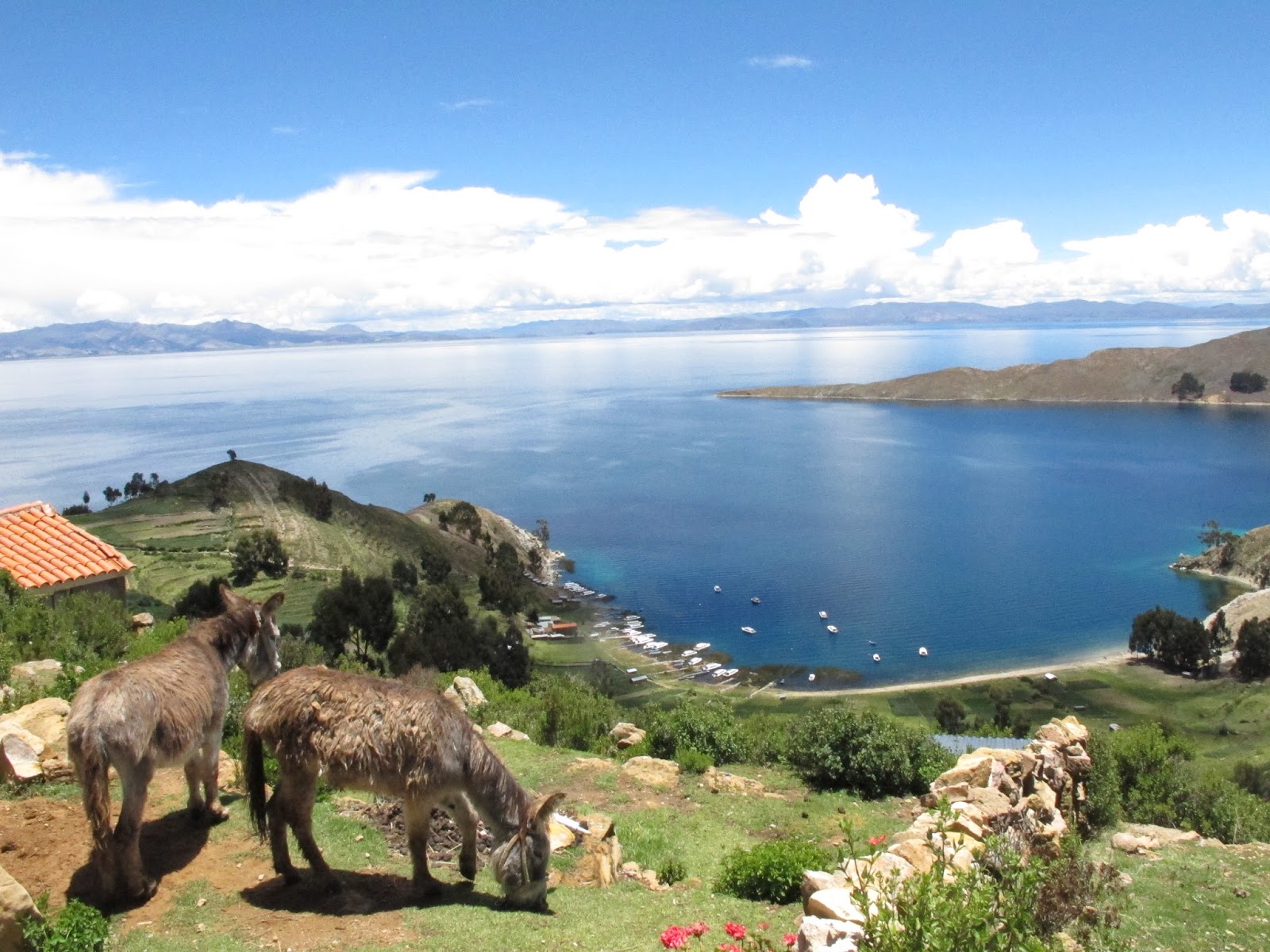 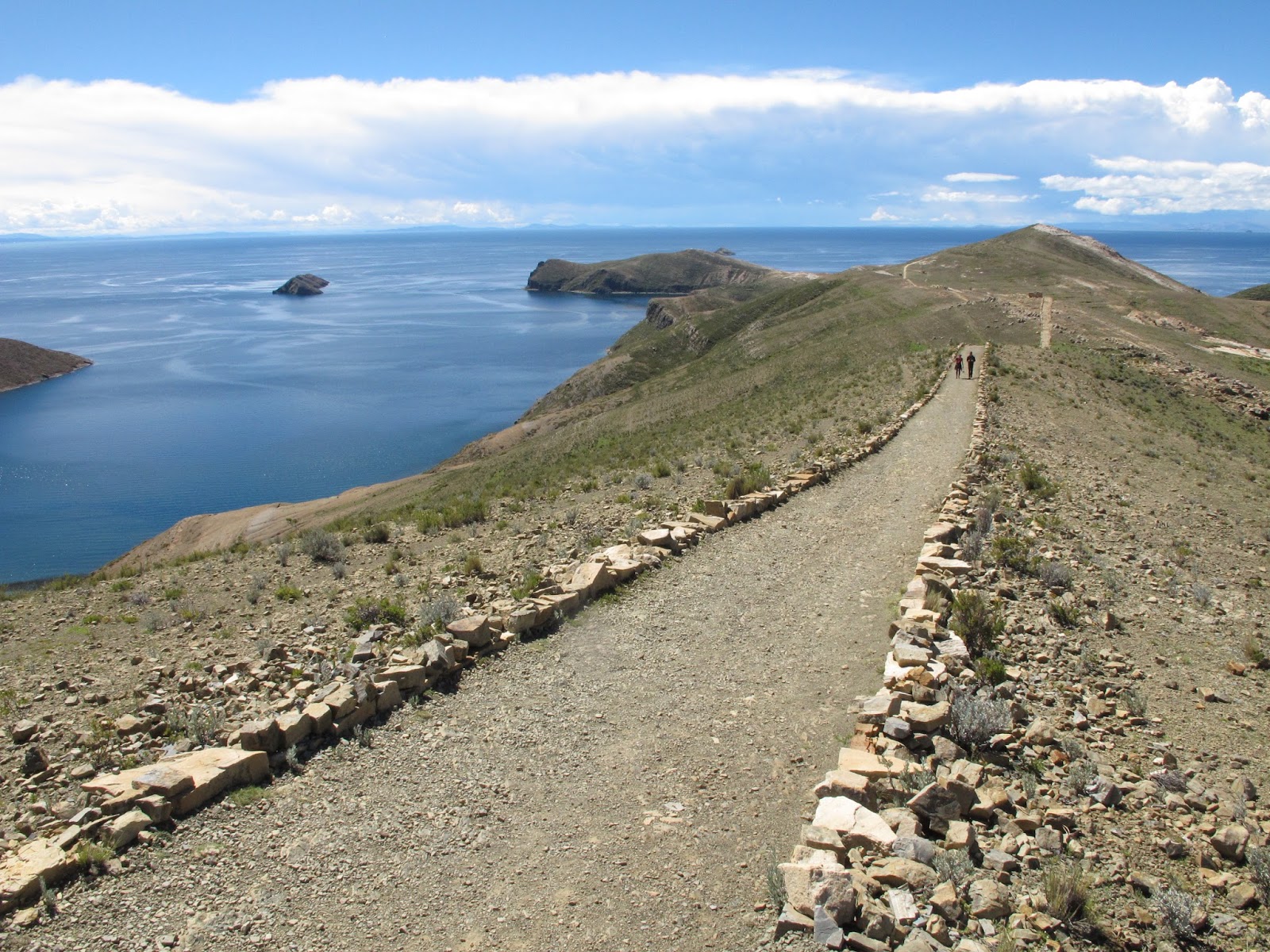 In this paradise you can spend hours chatting with people, bathing in its chilly waters or simply watching the lake constantly change colors. 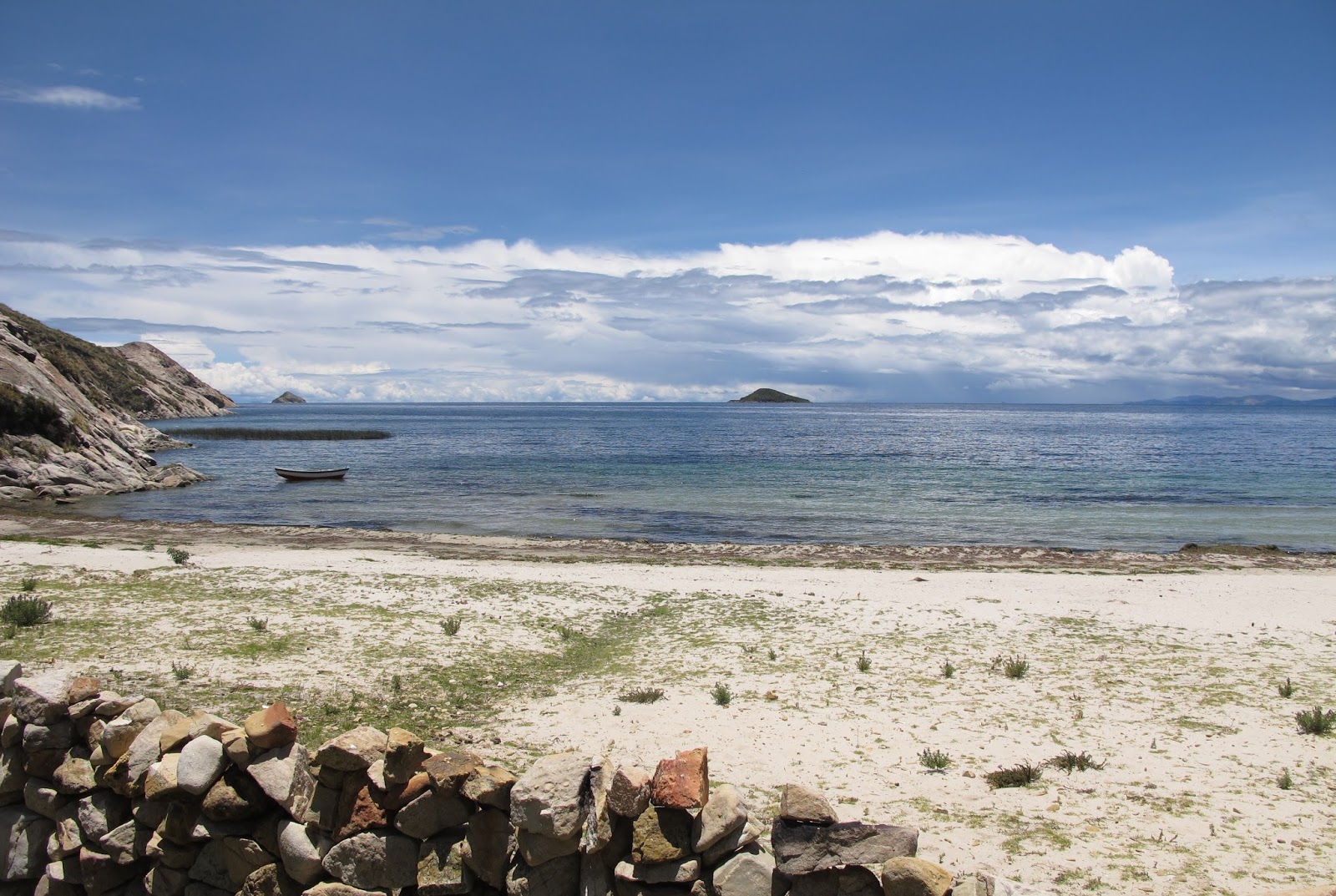 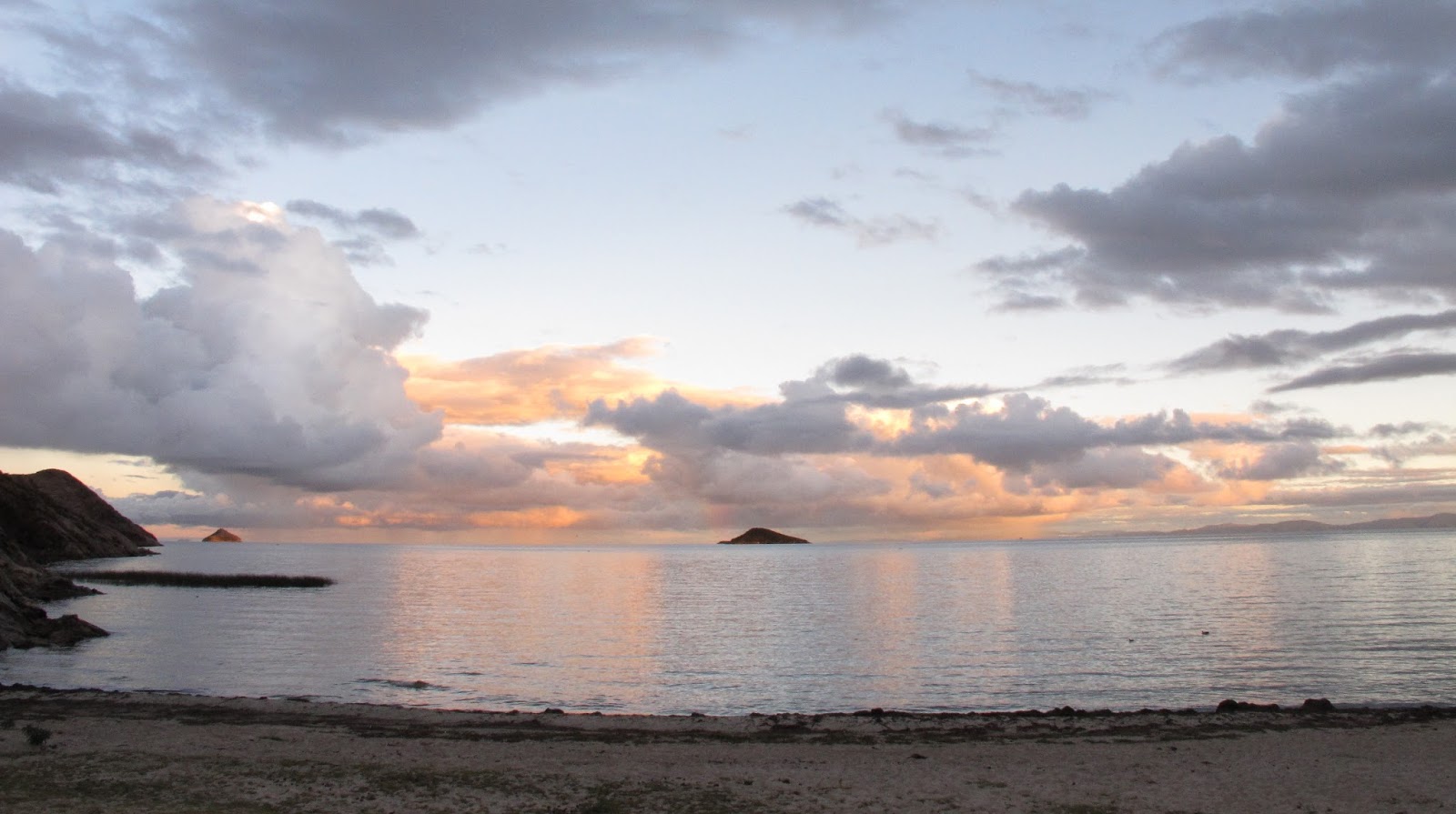