After the adventures in the Arequipa area, I continue the trip going to Paracas, Huacachina and Ayacucho.

Paracas is a coastal town 3 hours south of Lima and 12 hours north of Arequipa. It is quite touristy, but quiet, and you can visit the “Ballestas Islands”, with local fauna such as penguins, sea lions and various birds, and the Paracas national reserve.

This has a museum about the local fauna (flamingos, seagulls, fish, etc …) and about the cultura Paracas (“Rain of sand” in Quechua), who lived in this region between the 7th century BC and the 2nd century AD, and who were great weavers, made ceramics and even trepanations on the skull for curative purposes.

I meet Christian and Melissa at the hostel and we rented a bike to go to the reserve.

Just leaving town, and we are already surrounded by golden dunes that contrast with the blue sky, the landscape is fantastic! 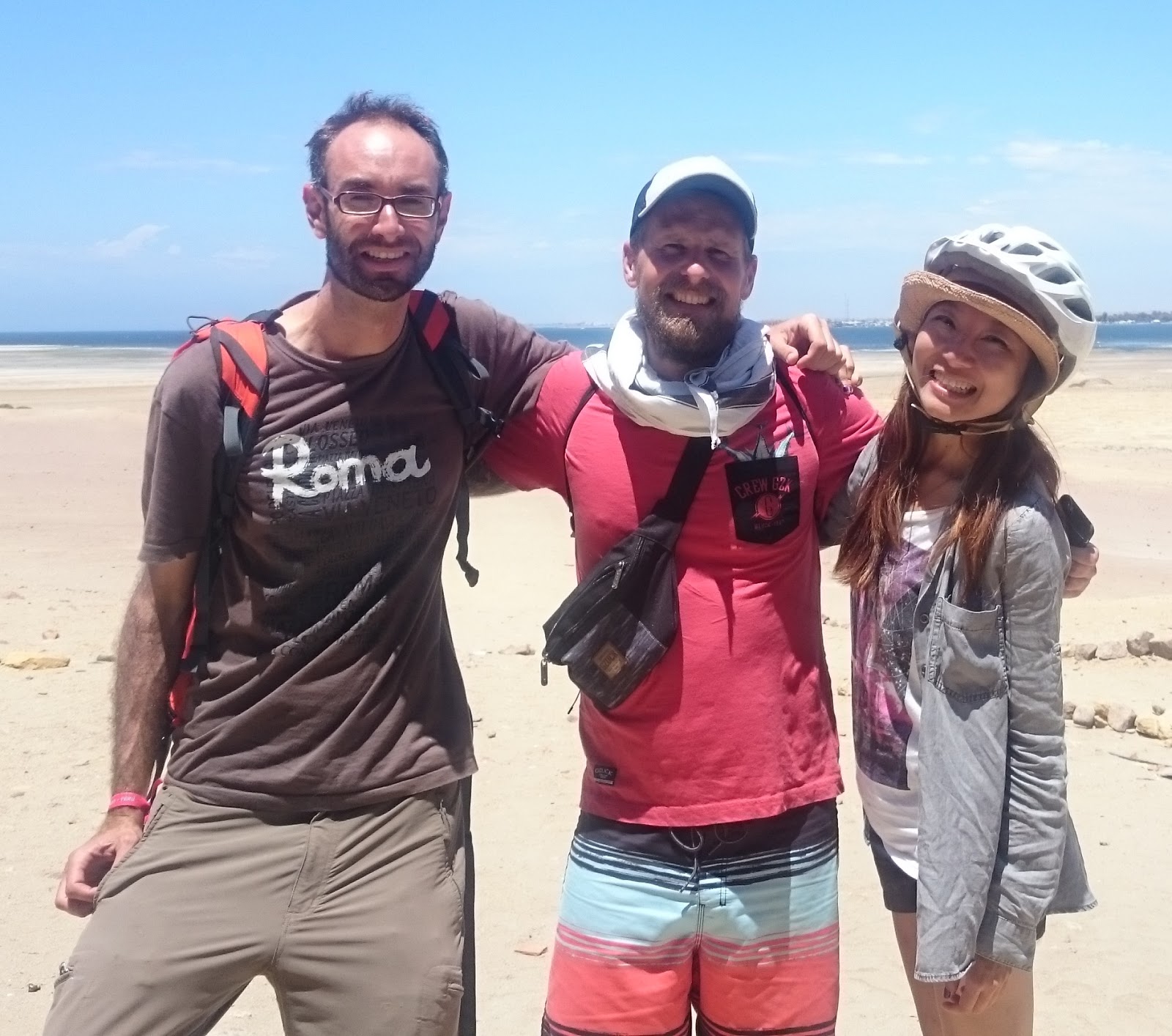 Spectacular landscapes of Paracas by bike

Fighting against the wind we managed to reach a tiny fishing village called “Lagunillas”, which with the boats, pelicans and the dunes looks exactly like a painting. Here we take the opportunity to eat ceviche and drink a beer. 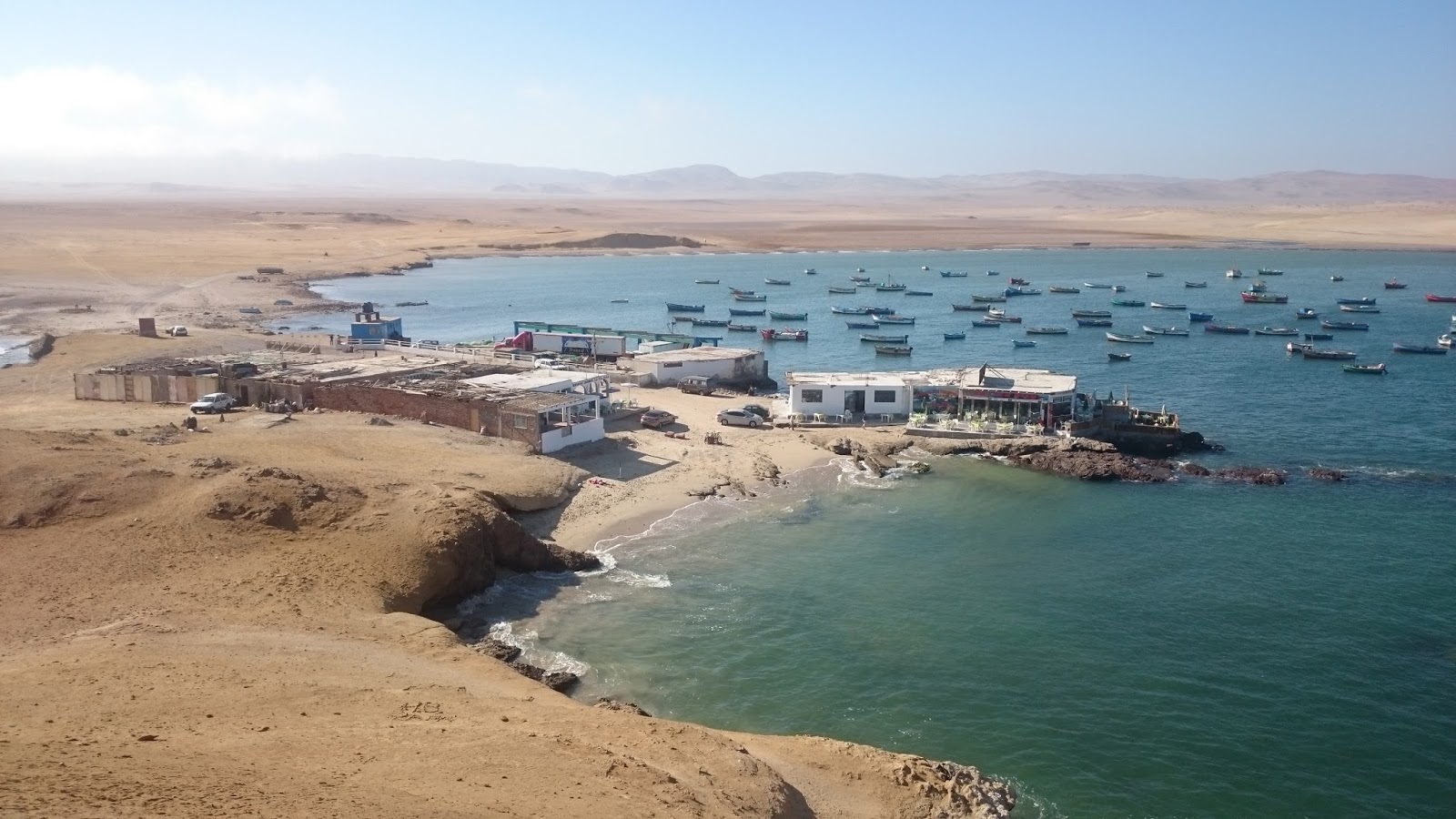 The picturesque town of Lagunillas

We also visit La Mina beach and the Cathedral, a cliff with spectacular views and a magnificent sunset.

The Oasis of Huacachina and the Pisco in Ica

From Paracas I go west to visit Huacachina, an oasis near Ica. The place was a kind of spa to rest in the middle of the 20th century, and today it is a tourist center where people go by buggies through the desert and slide down the dunes with a snowboard. Despite the clubs full of teenagers on weekends, the place has a certain charm.

With my friend Karin from Lima we decide to take a Buggy ride in the afternoon, which is better to avoid the heat and to be able to see the sunset. It’s like a roller coaster but through the desert!

We also take the opportunity to visit the vineyards and wineries of Tacama. When the Spanish invaded Peru, they planted the first vines to obtain wine for the masses near Mollepata, at almost 3,000 meters of altitude, and the harvest did not go very well. That is why they moved the vineyards near the sea, in the desert domesticated by irrigation canals by the Nasca and Paracas cultures. 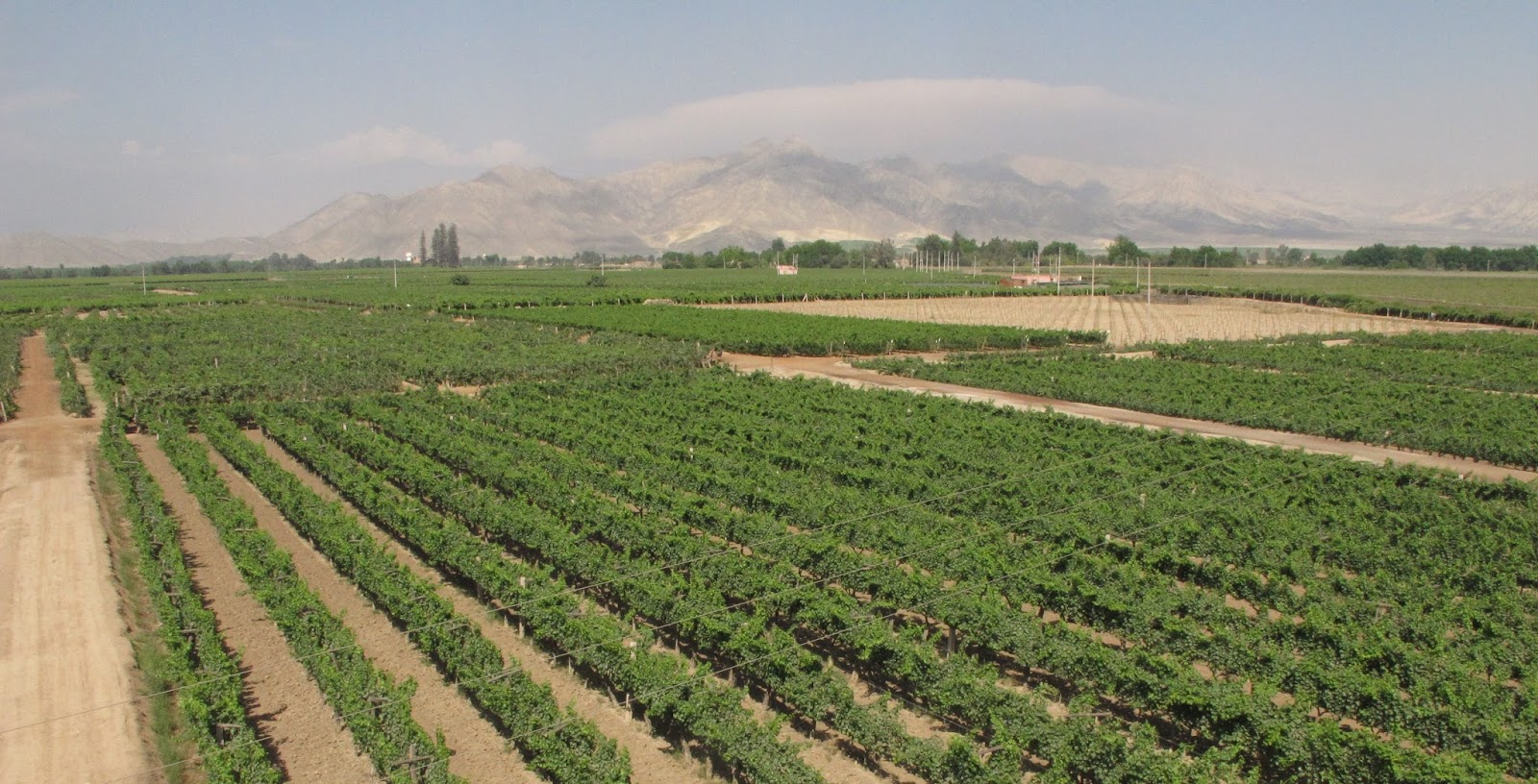 Over time, apart from wine, they began to produce Pisco, Peru’s star brandy.

8 grape varieties are used to make pisco, 4 aromatic and 4 non-aromatic. It is pressed and after 1 or 2 weeks of fermenting it is distilled. It has about 42 degrees of alcohol, and it resembles “grappa” with the difference that pisco discards the skin in its fermentation.

There are pure piscos (a single variety of grape), “acholados” (several varieties of grapes) or “mosto verde” (with shorter fermentation). This Pisco thing is a whole world! 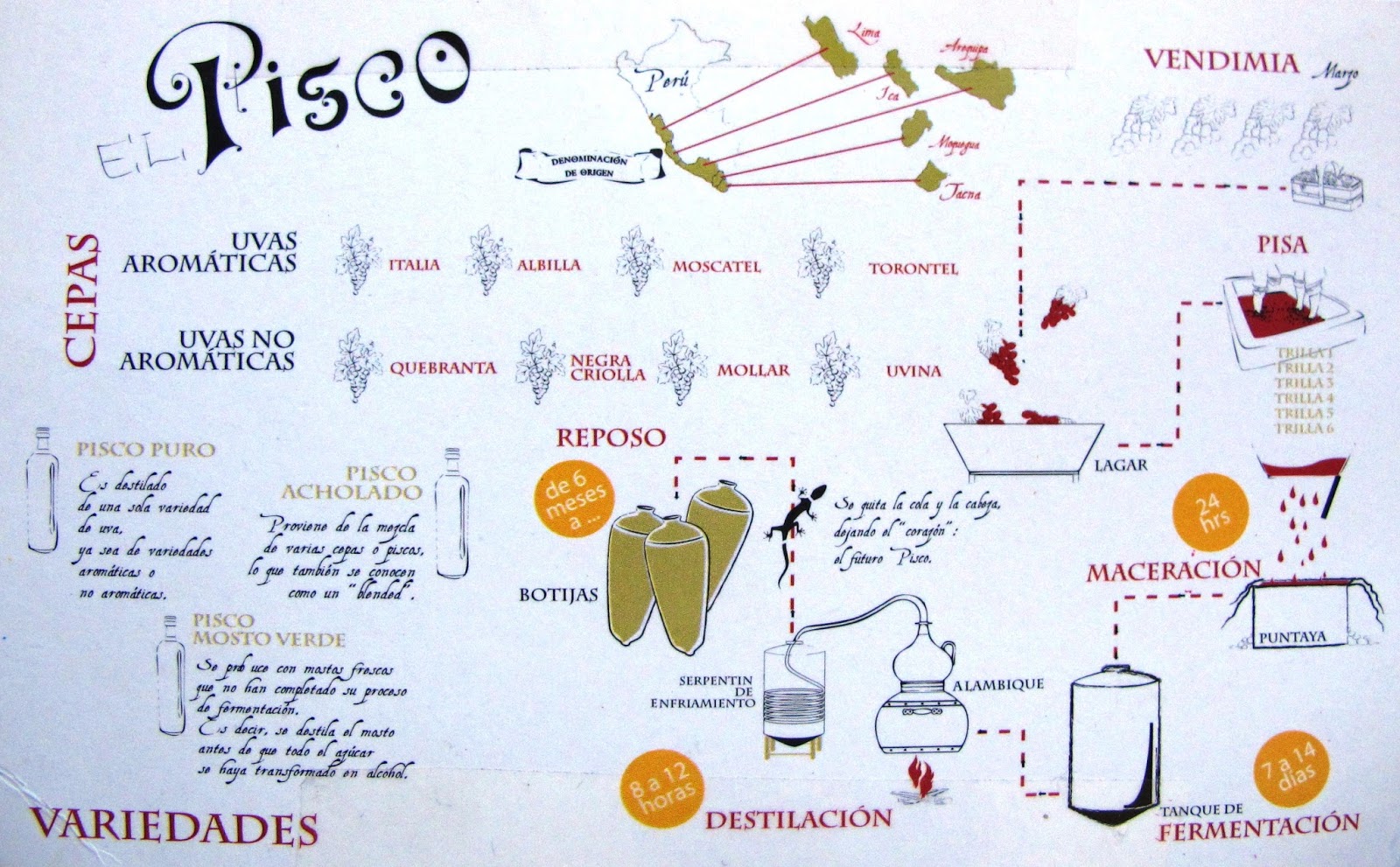 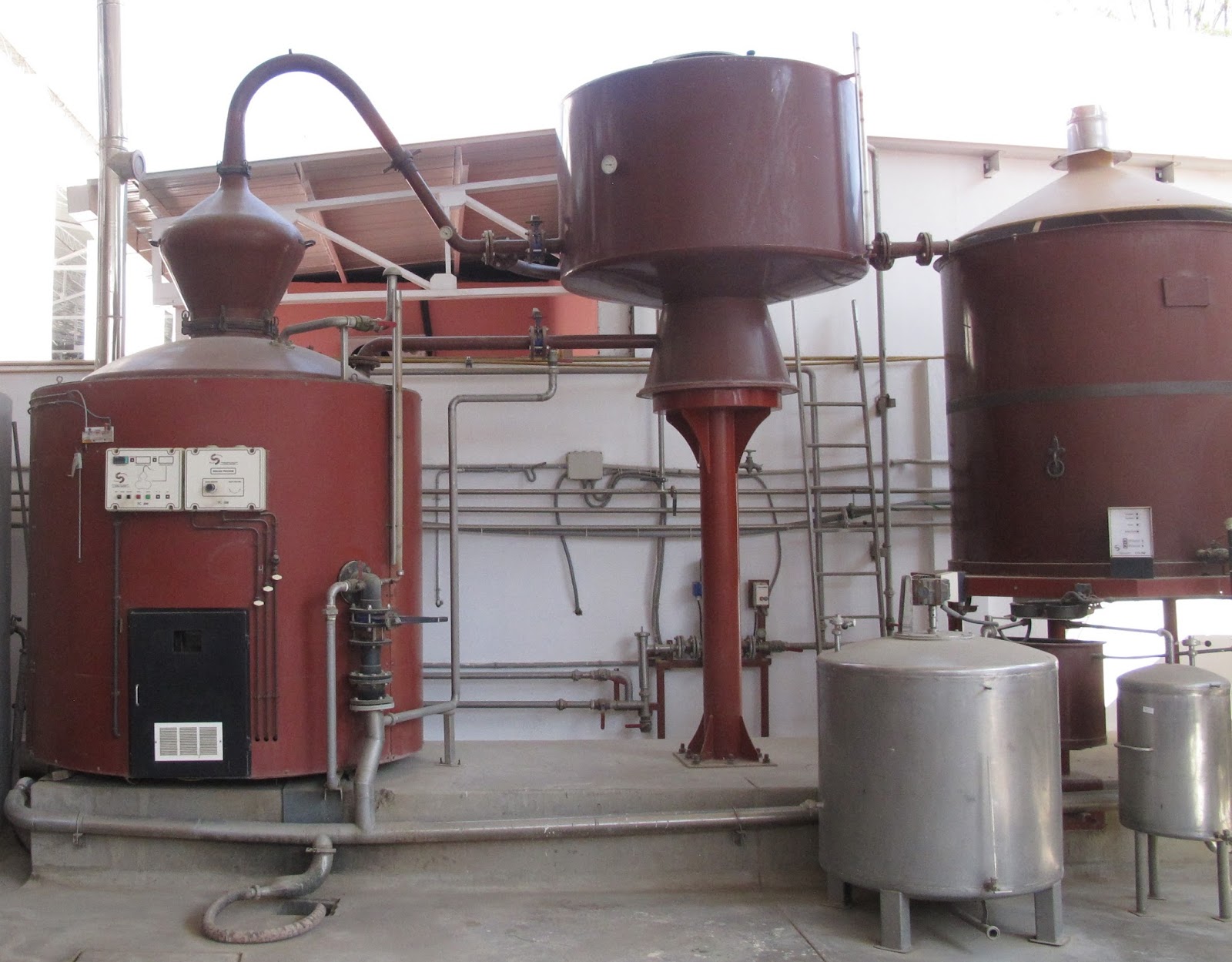 Before returning to Cusco, I spend a couple of days in Ayacucho. This city is not very touristy, and it has beautiful streets and many patios and churches. It is in the middle of the Andes and in the middle of nowhere, but nevertheless it is a key city in the history of Peru.

Apart from having been the base of the Wari civilization (7th to 13th centuries), it is a key place for the independence of Peru and the countries of Latin America from Spain after the victory of the patriotic troops over the royalists in 1824 (capitulation of Ayacucho).

And what impressed me the most is the history of terrorism, which was very powerful in this area. Starting in 1980 and for 12 years, there was a war between the group Sendero Luminoso (Shining Path), which wanted to establish a communist peasant regime, and the army, that considered the peasants and students as a danger.

The balance was 70,000 deaths, 45% by the Shining Path, 30% by the army, and the rest by other armed groups such as Tupac Amaru. A drama with disappeared, raped, and tortured people with consequences that still last.

Here is a trailer of the very interesting documentary by Luis Cintora, Te saludan los cabitos:

And here is another that explains a little more what happened in the cabitos, Ayacucho, from the point of view of the mothers and women of the disappeared, very emotional:

Before I get on the bus, I eat a sandwich quite spicy, quite a bad idea Sixteen hours by bus, with curves and without stopping to go to the bathroom … the company is called Chancas, I do not recommend it!

I wonder how families with children who travel on the bus do it. I think they must not have had water for two days to avoid going to the bathroom!
After 12 hours we stopped in Abancai for breakfast and obviously, the bus breaks down. While the driver repairs it, a woman approaches me and asks: “Gringo, where are you going?” Here gringo is the equivalent of tourist. I arrive in Cusco on one piece and I invent a new motto: “If you travel and your belly hurts, Loperamide is your best friend.”
Greetings!