The island São Miguel in Azores 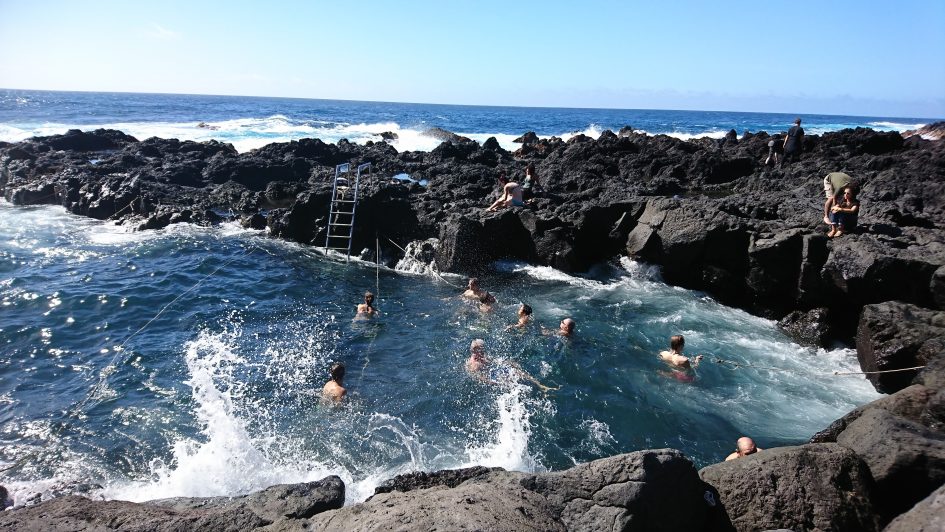 The Azores are a group of 9 islands 1500 km west of Lisbon. This time we will visit São Miguel, an island about 63 km long shaped like a larva and with active volcanic cones.

We leave Lisbon and after 2 hours we land in Ponta Delgada, where we rent a car. We stay here the first night and walk through the small town, with cobbled streets and calm ambiance. It’s Saturday, and they do concerts at the Arco 8 cultural center, it’s very good!

The next day we follow the south coast. The town of Lagoa has some pretty streets and some interesting public pools in the sea. A little further on we find a cove called Caloura. The colors are beautiful, and I take a dip in the choppy sea. After that, we go to the restaurant right there, we eat some mussels and some scrumptious fish, and very cheap! In the afternoon we go to Lagoa da Furnas, a lake with fumaroles where geothermal heat is used to cook a dish with different meats called “cozido”. We also take the opportunity to climb the “Pico do Ferro” which has good views of the lake, through a circular route. Tonight and the next we slept in Nordeste, a quiet town by the sea.

The next day we go up to “Pico da Vara”, 1103 meters high. To get there, we drive through roads full of curves and hydrangeas on the margins, with all the fades of green imaginable. We walked among Cryptomeria japonica, a Japanese conifer that was introduced for the wood and now occupies 60% of the island.

After a while the road becomes very muddy and Kerry and Paige decide to go back and go to the beach. I keep climbing the peak, but it’s cloudy and there are no views! I go down the road to Faial da Terra, and it looks like the jungle, as I am crossing a dense forest called “laurisilva”. I believe that the best way to climb Pico Da Vara is the one that comes from the town of Achadinha, to the north, because the one we have done is not very well maintained. The girls have gone to the beach in Lombo Gordo, which they say is very good, and we meet at the Falaiense bar in Faial da Terra village, where we eat soup and some sandwiches. We speak with a man who immigrated to Canada when he was little. He tells us that the island’s economy is pretty bad and the young people in the towns don’t have much of a future. He also tells us that many people emigrated to Canada to prevent their children from going to the wars in Angola and Guinea in the 1970s. There are even direct flights from Ponta Delgada to Toronto and Boston!

The next day we go west on the northern highway. We stop for a while at Gorreana, a tea factory. One of the economic activities in the past was the export of oranges, especially to England. But a disease struck the trees in the 19th century and some growers began tea plantations. Now basically the island is full of cows and the biggest industry is milk.

We eat in Ribeira Grande and follow the south coast to reach Ferreira, without any doubt my favorite place on the island. In this cove, there is a stream of thermal water that reaches the sea. The waves enter the cove and mix with the hot water, which produces a strange sensation of hot water mixing with cold water in constant change. There are ropes to prevent the waves from hitting you against the rocks. It is true that it does not sound very relaxing, but it really is a delight! You can see a video of Ferreira below:

To make it even better, I meet Daciano, who is seventy years old. He says that he has been going to the pool for fourteen years, 21 days in a row and 6 days off. With a knife he plucks limpets and with the shell of one he extracts another one, and he passes them on to me. We eat them raw and they are delicious! He also tells me that the tides in the morning or at night are stronger and better to enjoy the hot water.

We drive 15 minutes to Mosteiros, where we will stay for the next two nights. It is a delightful village, with a beautiful beach with vertical rock islets, young people making noise with tuned cars and elderly people with a very relaxed pace of life. The sunsets here are also magnificent! The next day we went up to Sete Cidades. It is a small town surrounded by craters with green and blue lakes. Kerry and Paige explore by car and I do an epic hike! I go up from Lagoa Verde to Monte Palace, an abandoned hotel that could be the scene of a horror movie. Then I hitchhike to Aqueduto do Carvão and here I go up to Pico da Cruz. I walk the ridge and although it is cloudy the views of the Blue Lagoon and the town of Sete Cidades are spectacular.

After a steep descent and a beautiful coastal path between João Bom and Mosteiros, I arrive at sunset time at the natural pools of Mosteiros. The rough sea has created pools where it is totally safe to swim, a delight!

Paige and Kerry have taken the plane to Lisbon and I take the opportunity to bathe in Mosteiros beach. Then I go to the museum of emigration in Ribeira Grande. It is very interesting and explains the migrations of the inhabitants of the island to Brazil, the USA and Canada. He also talks about whaling activity, very important for the Azores until 1986. You can see photos of whaling activity here.

After eating something at the Tuka Tula bar near a beach full of surfers, I go up to Caldeira Velha. It is a place with a waterfall of warm water and pools of sulfurous water in the middle of an exuberant “laurisilva”.

After that, I go up to “Lagoa do Fogo“, a beautiful crater where I make a short loop to have a view of the lakes and go down to the beach. To celebrate a great week I am going to watch the sunset in Baja de Areia and have dinner at “A Tasca”, a typical Ponta Delgada bar. 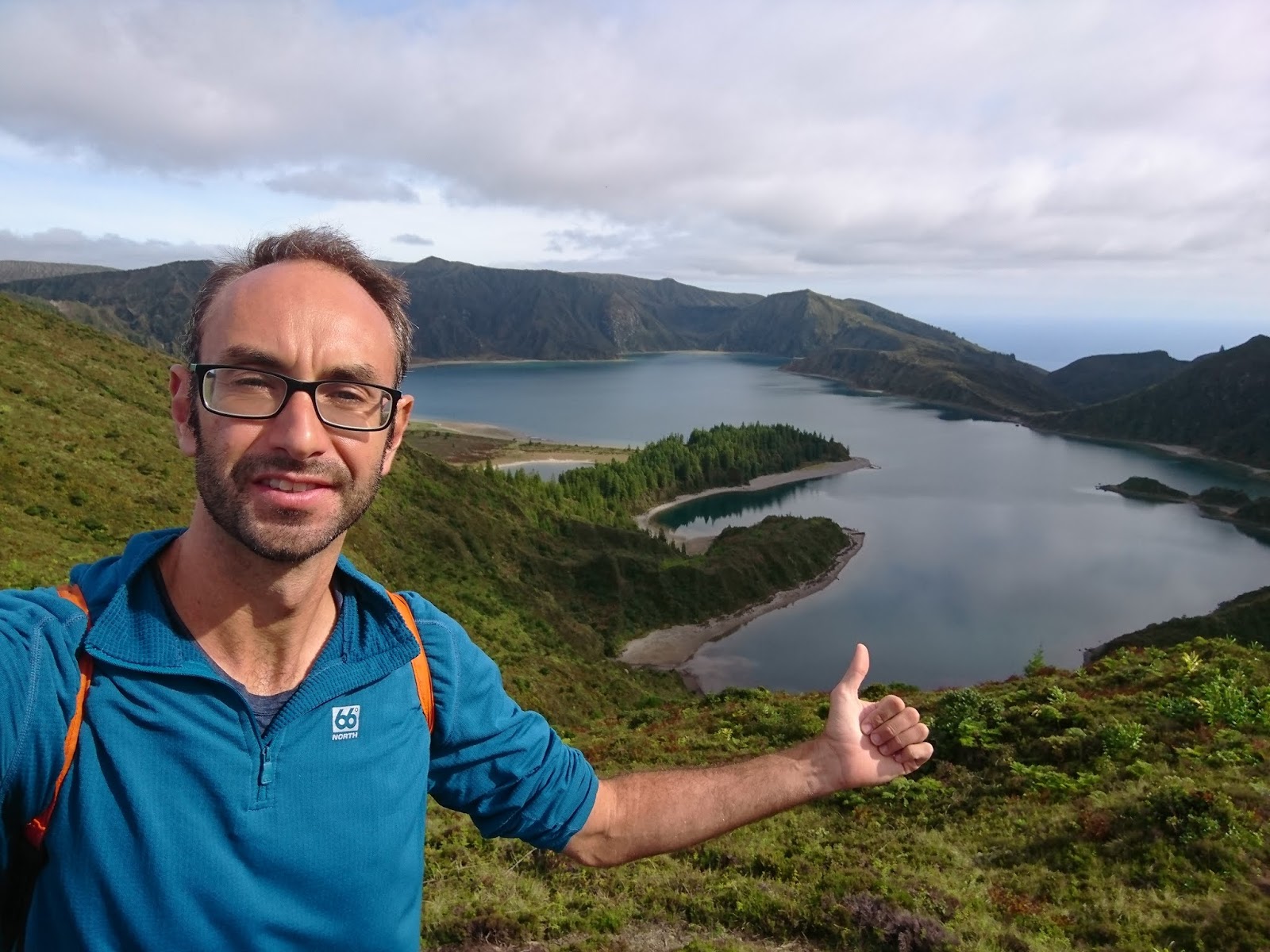 Before taking the plane to Lisbon, I take a look at the Arruda pineapple plantations and the pineapple interpretation center. It’s funny, it takes at least twenty-four to create a pineapple! To force flowering, they must increase the amount of CO₂ in the greenhouse by burning branches of the japonica tree. 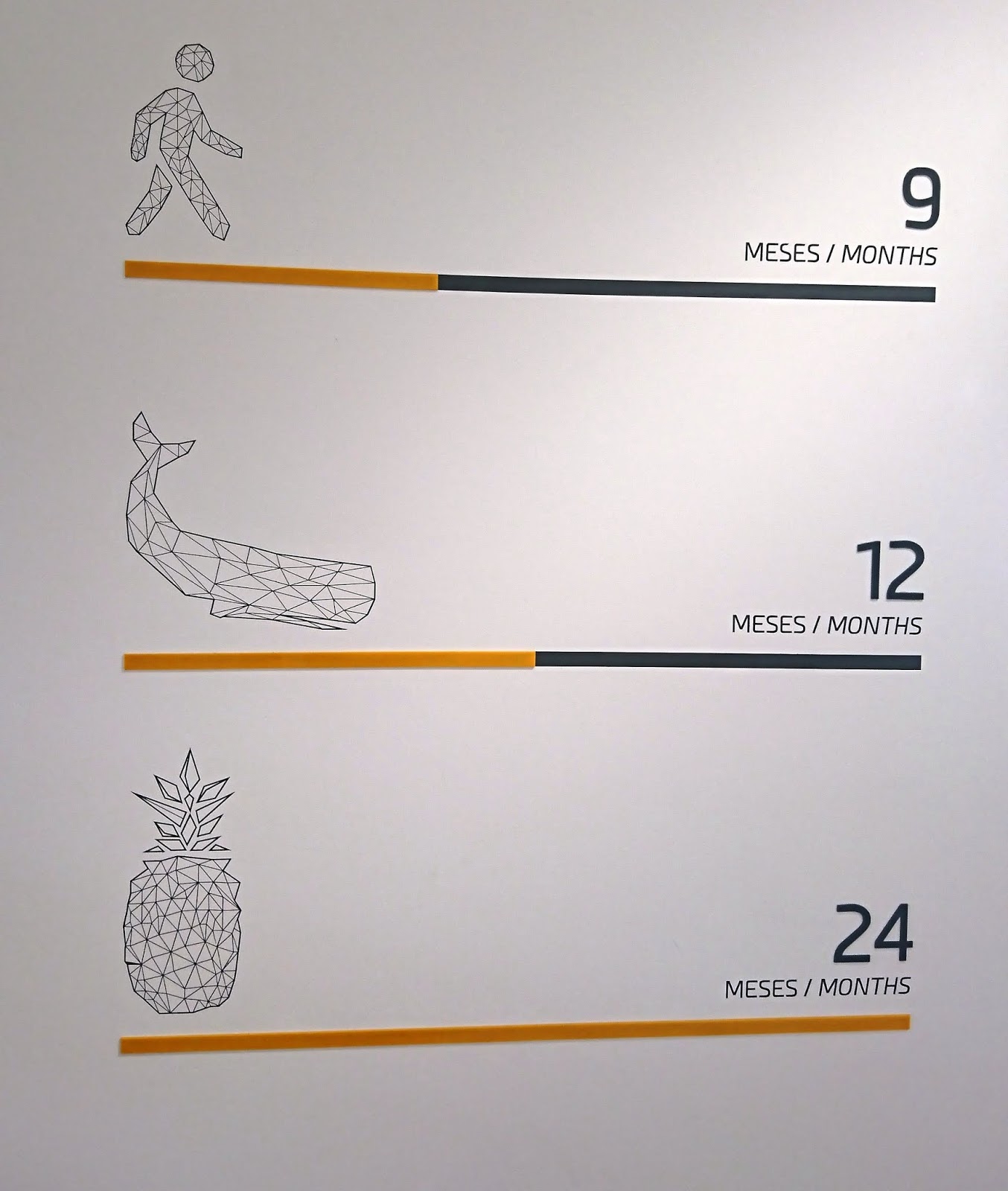 The island of São Miguel offers many possibilities: enjoying the green tones of the landscapes, walking, the beach, eating well and cheap… A highly recommended destination!