From mate to coca 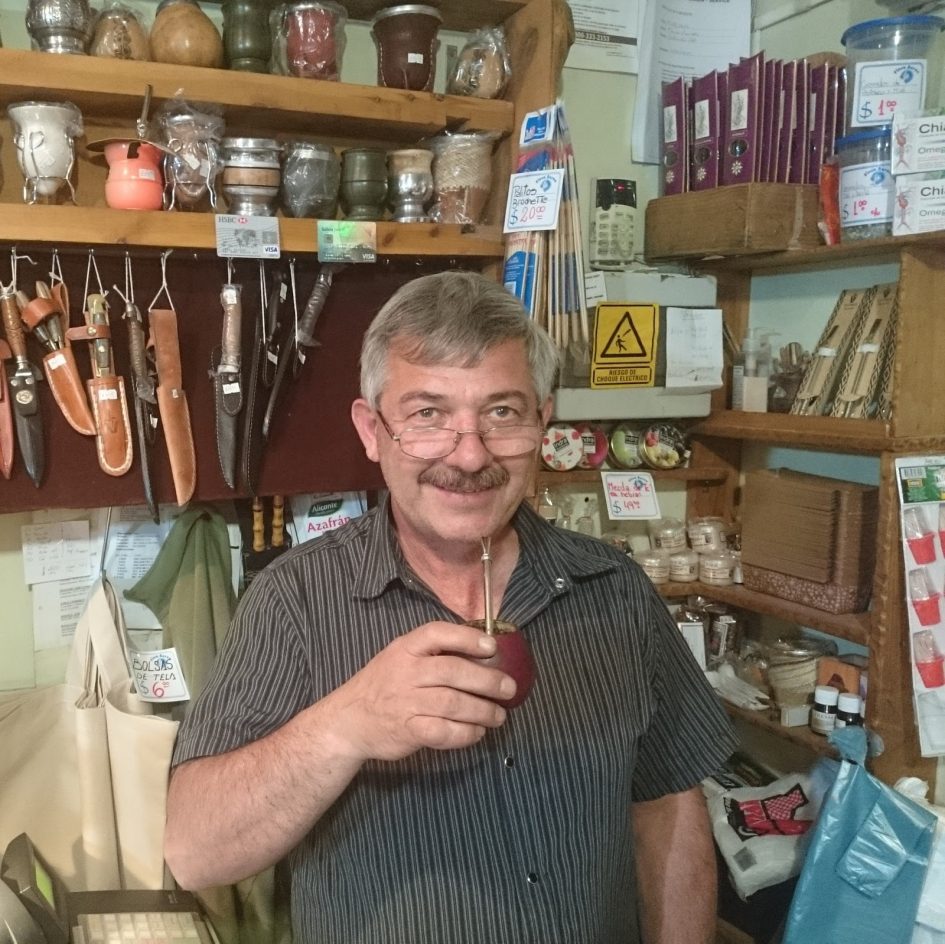 One of the things that surprised me the most when I arrived in Bariloche, Argentina, was the small pumpkins and thermos that all Argentines carry around. Day and night I saw them sipping a metal cane or “bombilla” with great delight, enjoying their mate.

The truth is that its quite addictive: there is different kinds of “yerba-mate”, soft, strong, with “palo” (stick) … My favorites are the strong ones with “palo”, like the “Taragüí”. Yerba-mate is a plant that grows in the jungle and has diuretic, stimulating  (it has mateine, or caffeine in other words) and antioxidant properties, 10 times more than wine!

It is also a very social ritual which is common throughout Patagonia, Argentina and Uruguay, and can be enjoyed with family, friends and colleagues. 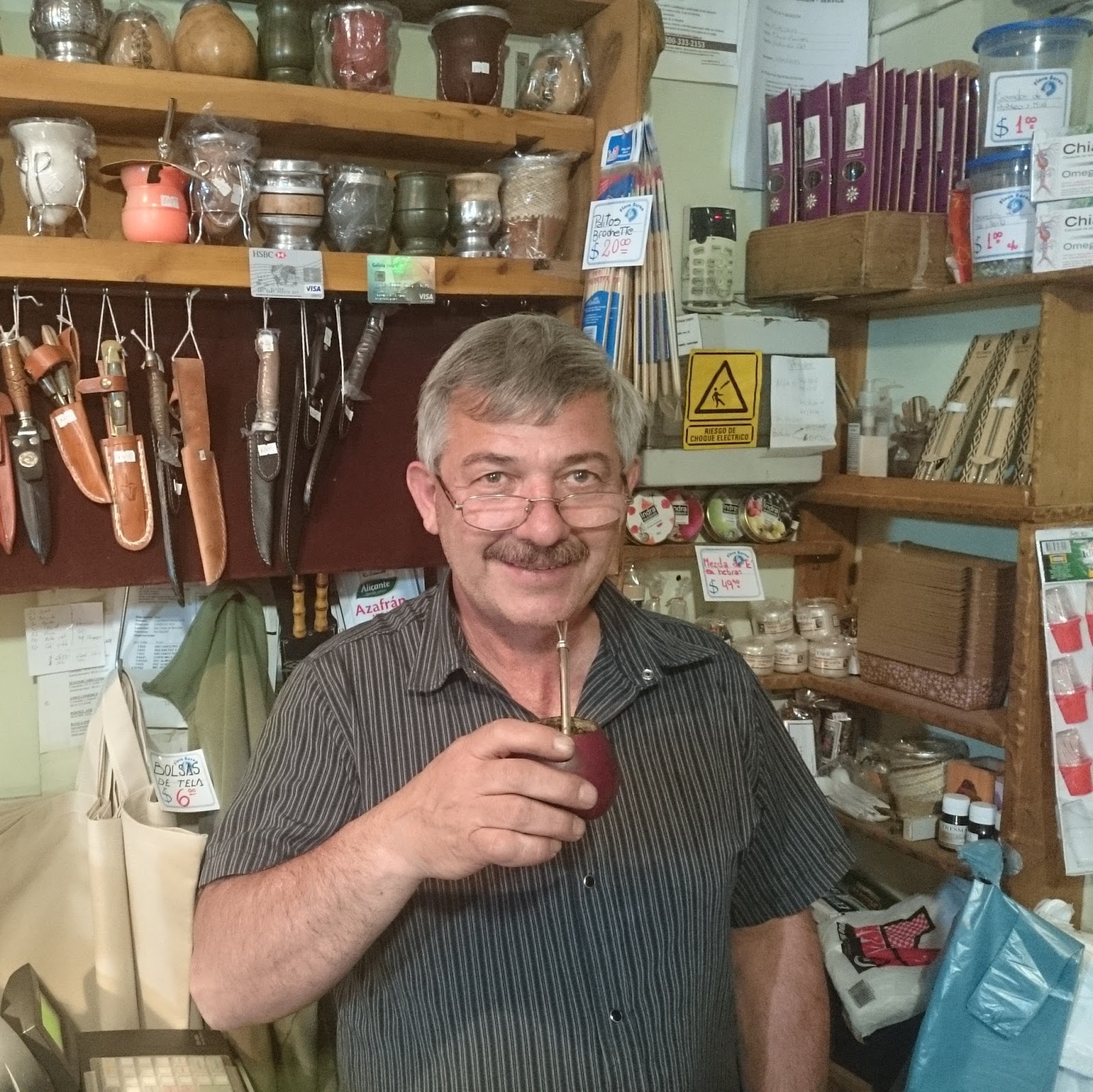 How to prepare a good mate?

First, put the “Yerba mate” in the gourd, turn it over for a second with the hand covering the opening, to prevent the dust from remaining in the bottom, tilt the “yerba” in the gourd at an angle of about 45 degrees and put the “bombilla” perpendicular to the yerba.

Then add water at 85 degrees (they have kettles that boil the water at this temperature to avoid burning the grass) wetting only part of the “yerba”.

The “cebador” or starter of the mate tastes it, to see if it is too hot or cold and if everything is in its place, and if it is good, he refills it and passes it to the person who will open the round. When you finish drinking, you will pass it on to the “cebador”, who will fill it up and pass it on to the next drinker, and after a few rounds, he/she will change the “yerba” when the mate is “Lavado” (washed), or tasteless. When you don’t want any more, when you return the mate to the “cebador” you say thank you, and he (or she) says “provecho” (from profit, and it is understood that you do not want to drink more mate).

Fond conversations are created around mate and hours fly by in dimly lit rooms, surrounded by friends.

After my stage in Patagonia, I flew to Cusco, where Violeta, the owner of the place where we live, boiled water for me and made me a coca leaf tea, which is good to fight the effects of altitude. Cusco is 3400 meters high and the first days you feel a headache, and it is difficult to climb stairs!

The coca plant grows in the jungle of Peru (and neighboring countries) and is a plant of daily use in the Andes and very important for local people. Before the arrival of the Spanish, its use was restricted to the Inca lords, and when they arrived, the conquerors prohibited it. But shortly after they realized that their consumption kept the people active to use them as slaves for their interest (for example, in the mines of Potosí) and they promoted the trade of it.
You can buy coca leaves in the markets or from stalls on the street. In the same places they sell “llipta”, the ash of some vegetable, which mixed with the leaves activates some 14 alkaloids of the plant (you can see these alkaloids and properties here). Apart from being used as a tea, it can be chewed and has energizing and appetite suppressant properties. Mixed with urine and brandy (cañazo), you can make a paste to apply to the skin in case of altitude sickness, luckily I didn’t have to try it!

Coca leaves, much more than just a plant

Coca is a sacred plant for the local people. Three pretty coca leaves put together (sometimes with llama fat) form a “kintu” and serve as a messenger, to blow your breath and share your plans and thoughts with the Apus, gods who reside in sacred mountains, and receive approval and good augury. They are also used as an essential part in the “dispatches or payments to the earth“, a ceremony to restore balance in relationships between humans and “pacha mama” or mother earth. 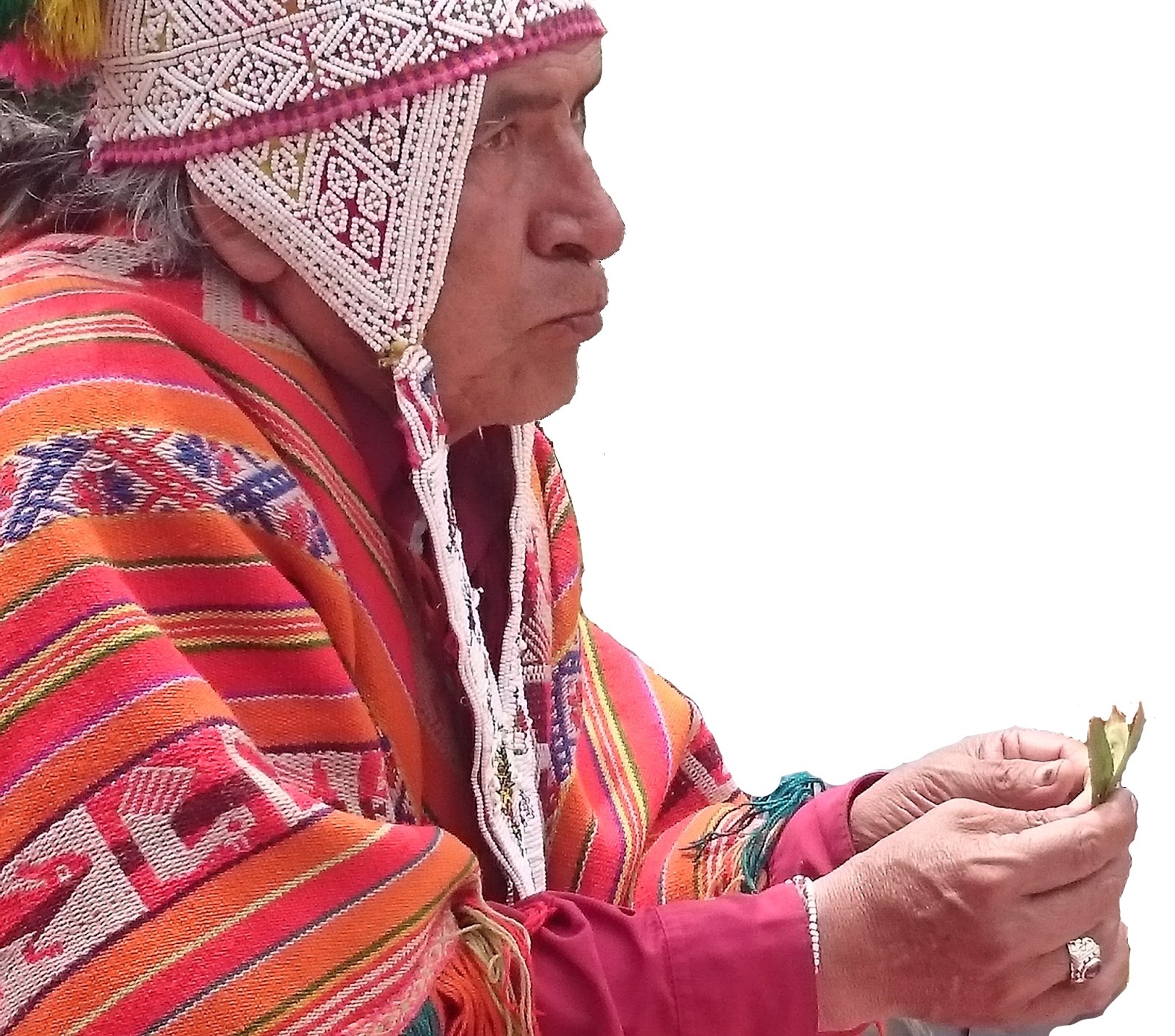 Shaman Lucas with a kintu in a Payment to the Earth

También es una manera de comunicarse socialmente. Si necesito ayuda de mi vecino y le pido: “Juan, quiero arreglar el tejado de mi casa ¿me ayudas?” ofreciéndole unas hojas de coca y Juan las coge y las mastica, significa que me ayudará y espera que yo le ayude en el futuro cuando él lo necesite. Es un “hoy por ti y mañana por mí” que se conoce como reciprocidad o “ayni” en quechua, una costumbre ancestral y clave en las comunidades andinas o “ayllu“.
It is also a way to communicate socially. If I need help from my neighbor and I ask him: “Juan, I want to fix the roof of my house, will you help me?” while I offer him some coca leaves and Juan picks them up and chews them, it means that he will help me and hopes that I will help him in the future when he needs it. It is a “today for you and tomorrow for me” which is known as reciprocity or “ayni” in Quechua, an ancient and key custom in the Andean communities or “ayllu”.